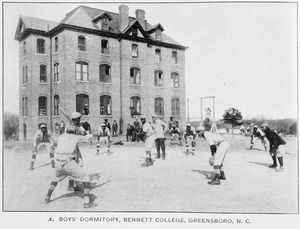 The Negro Leagues Baseball Museum was established eighteen years ago in Kansas City, Missouri on 18th and Vine Streets, just around the corner from the Paseo YMCA building where the Negro National League was founded in 1920 by Andrew “Rube” Foster. The founding of the eight-team league was the direct result of a silent agreement to segregate African-American players from baseball. Jonathan Earle, Associate Professor of History at the University of Kansas, presents an extensive review of NLBM in a feature article titled In a League of Its Own: The Negro Leagues Baseball Museum in May/June 2008 issue of Museum. Several pictures and illustrations accompanying the article make the hard copy more informative and visually appealing than the electronic version. The expansion plans for NLBM will create a five-level structure complete with a gymnasium and an addition of 40,000 square feet, making the museum emerge as one of the most remarkable sport museums in the world.

The other interesting article in the same issue, titled Meet the New Boss: Opening the Door for Emerging Professionals, is a brief survey of the formation of new leadership in the museum field, and it introduces five new leaders who speak about their careers. Given the freedom and team support, this is an enormously fertile time for new leaders to grow and to make dramatic changes and improvements. Kathy Halbreich, Associate Director of MoMA, is a great advocate for open thinking and a huge source of inspiration to new museum professionals and artists. In her Museum interview, Making the Modern More Contemporary, by Robert Ayers, she reflects back on her experience as the director of the Walker Art Center and mentions the positive ripple effects of the close camaraderie and teamwork between the staff. During the April 14th “Artforum at The New School – Art and Money” panel discussion she expressed some of her thoughts on institutional traditions and the necessity for in-depth research to discover new approaches in art.

Another seasoned leader who also took up her new position in February 2008 is Sabine Folie, the Artistic and Managing Director of the Generali Foundation in Vienna, Austria. In her statement she also makes a reference to teamwork: “The time has now come for me and a highly committed team to resume work under the new premises and to continue to build a collection that constitutes a commitment to collecting far away from all criteria oriented by speculation or conforming to the market.”

Exemplary teamwork and nurturing leadership is what I also encountered during my recent collaboration with the staff of Art21. Witnessing the tremendous dedication and knowledge of contemporary art among the Art21 staff was an unprecedented experience for me. The extraordinary results of harmonious teamwork can also be seen in the work of the Art:21 Season 4 artists Mark Dion, Judy Pfaff, Catherine Sullivan and Ursula von Rydingsvard. It is apropos to conclude with an interview, featuring Art:21 Season 2 artist Raymond Pettibon, titled Gumby, Vavoom, & Baseball Players.