In 1895, H.G. Wells published The Time Machine, a book that began his renown as a science-fiction author, though he wrote in many genres. Despite Wells’ success being patterned with infidelity and misogyny—behaviors that decorate the biographies of many white male historical figures—The Time Machine is still considered the book that introduced time travel into the lexicon of science fiction. Many products of sci-fi have become realities within the past few decades, but a machine such as Wells’s remains elusive. We can feign time travel through international flight, but the ability to travel across centuries hasn’t left the realm of fantasy.

Having read the novel years ago, I recall its depiction of the familiarities of civilization made superfluous, as they ebbed and flowed against the exterior of the engineer’s machine. Wells’s ability to imagine species entirely different from humans as the only protagonists throughout most of the novel was impressive to me. It made me wonder if a reality beyond the vectors upon which humans draw barriers could ever materialize. Imagining oneself as the engineer in the novel, would the fascination of witnessing a world beyond one’s own be curious enough to prompt the acceptance of one’s consequential nonexistence? To put it another way, if you knew that the next stage of the Earth consisted of giant crustaceans building community amid sunset-colored skies with no concept of difference, would that be fantastic enough to aid you in accepting your own end, in order for the new world to be brought about? Maybe this is similar to the crisis of legitimacy that institutional gatekeepers face today, as they attempt to radicalize and racialize their public images by employing more non-white people and queer people. 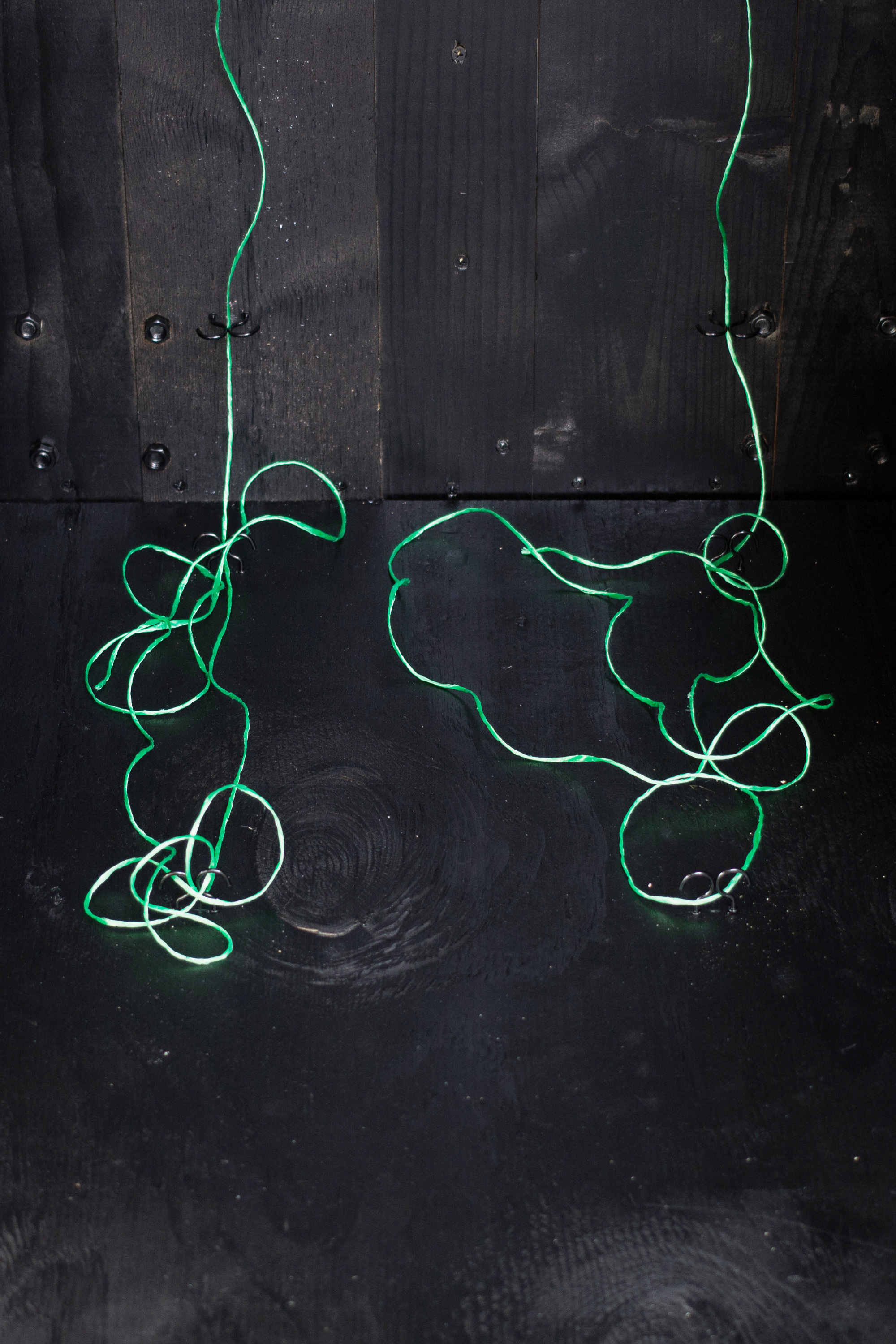 I thought about Wells’s proposition while I traveled this year between Brooklyn and Detroit¹. As predictions of a climate disaster contend with Octavia Butler’s apocalyptic premise in Parable of the Sower, I wonder: If we were to presumably save the world, would everything still function in the same way? And if so, whose world would be saved, and why should I care to save it?

“Culture that attempts to depict the future defines the possibility of the future in that moment.”

In the article “The Social Life of Social Death,” Jared Sexton uses the plot of the 1967 film In the Heat of the Night to cite the concept of “colored time,” a form of incarceration that is different from “white time.” The main character, Virgil Tibbs, describes it as “the worst time you can do.” Sexton goes on to describe colored time as “interminable, perhaps even incalculable, stalled time […] the slow time of captivity, the dilated time of the event horizon, the eternal time of the unconscious, the temporality of atomization.” This differentiation in time as a condition of Black captivity is important for reconciling a sense of time’s relativity within the frame of sociality. Though Wells prompted a consideration of how we, a singular humanity, might breakthrough time, into an other’s temporality, he did not account for the difference in temporality that already exists between people in the same geographical place at the same literal time, experiencing different epochs of possibility because of the linear narratives into which they are inscribed. Wells was not aware of the fact that—time just moves differently for some people… Alisha B Wormsley. THERE ARE BLACK PEOPLE IN THE FUTURE, 2019. Billboard installed at Library Street Collective, Detroit, MI.

On July 20, 2019, the artist Alisha B Wormsley debuted a billboard in downtown Detroit:  “THERE ARE BLACK PEOPLE IN THE FUTURE.” The white text on a black background is easy to read and hard to mistake. It’s a clear proposition that mirrors the mundane insistence of vitality presented by the Black Lives Matter movement several years ago—but maybe for a sci-fi audience. In a statement about the piece, Wormsley says that it is “a response to the absence of non-white faces in science-fiction films and TV.”² What Wormsley points out is: Culture that attempts to depict the future defines the possibility of the future in that moment. It gives us a glimpse into the future being planned for us if it continues unchecked. The mundanity of Wormsley’s billboard is important to note because the Black Lives Matter movement was labeled as “Black-identity extremism” for merely pointing towards the resilience of Blackness. Are there Black people in Wells’s version of the future, or do we exist in colored time? From what I recall, the novel anticipated the pipe dreams of contemporary technocrats like Elon Musk and Jeff Bezos: the engineer of the time machine was the only person that made it out of the present alive. In my artwork, I juxtapose different temporalities to show that the ailments of science fiction are facts that are often too banal to register as the thing depicted through cinema. Most science fiction dramatizes the bourgeoisie’s fear of becoming the Other while the real thriller is addressing the fears actually created by the bourgeoisie. The artwork titled 2015³  characterizes the use by the New York Police Department (NYPD) of predictive policing software, an approach introduced to the public by films such as Minority Report and used in the United States as early as 2012. The sculpture titled Data Server Rack4 compares the pouring of technology-focused venture capital into the Midwest with Black farmers’ struggle for settlements in the largest civil-rights lawsuit in the history of the United States. My work, like Wormsley’s billboard, reveals the machine that not only makes different outcomes possible for various individuals in the same singular frame but also announces—with criminal regularity—the casualties of colored time.

1 During the course of writing this essay, the author visited Detroit as a teacher of critical theory at the School for Poetic Computation (sfpc.io).

2 Alisha B. Wormsley (website), “There are Black People in the Future,” https://alishabwormsley.com/new-page-1.

3 The video 2015, made in 2019, contains a fictional heads-up display (HUD)—a device that displays critical information within a windshield or cockpit window—an early form of augmented reality. A precursor to the HUD appeared in 1900 in anti-aircraft gun sights. This is a reminder that most new technology is developed and funded by the military industrial complex. The NYPD announced publicly that it would begin trials of predictive policing software on June 29, 2015, the date the video takes place.

4 Data Server Rack (2019) responds to the Silicon Prairie phenomenon: in recent years, an increasing number of tech entrepreneurs and computer programmers from San Jose have moved to the Midwest for job opportunities comparable to those in Silicon Valley. The relationship between the high-tech industry and agriculture has a precedent in Santa Clara Valley, California, where the fruit industry that prospered in the early twentieth century was eclipsed by the tech sector by the 1960s.

Spanning the same two decades that many young, white, male venture capitalists have focused on the Midwest, the United States Department of Agriculture has been in a legal fight over loans that were denied to Black farmers for over a decade. After failing to adequately award settlements to petitioning farmers in the 1999 Pigford v. Glickman lawsuit, successive bills were authorized, allowing additional farmers to apply for payouts. The most recent bill, Pigford II, was settled in 2010, for which applicable farmers didn’t receive payment until 2013.

This sculpture draws a parallel between the shape of a data server rack—a modest utilitarian device, usually unseen by consumers, that provides the infrastructure for the data cloud—and a handmade hay bailing machine—a niche tool to alleviate costs for farmers, made from wood and found materials, in order to create industry-standardized bales of hay.

Contributor
American Artist is a resident at Abrons Art Center and a 2018–19 recipient of the Queens Museum Jerome Foundation Fellowship. They have exhibited at the Museum of the African Diaspora, San Francisco; the Studio Museum in Harlem; Museum of Contemporary Art Chicago, and Koenig & Clinton, New York. The exhibition, My Blue Window, will be on view at Queens Museum from October 6, 2019, through February 16, 2020. American Artist’s work has been featured in Artforum, ARTnews, Mousse, and Huffington Post. They are the art director of the arts and politics publication, unbag. American Artist lives and works in Brooklyn, New York.
Go to articles