The shock of the unseen. 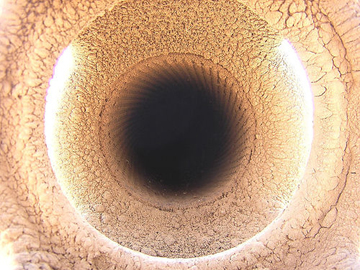 “Looking eternity in the eye.” (All photos by Luodanli.)

Almost four years ago, in the course of my web wanderings, I stumbled on the photographs of an Army serviceman  who had been deployed to Iraq. To this day, I know little about him — only that his online handle was Luodanli, he was stationed in Taji, and he had a family waiting for him back in the States. Somewhat sporadically, Luodanli would post a batch of photos to Flickr. The images rarely revealed much about his personal life, but they were beautiful, often bordering on abstract — such as the sand-clogged interior of a piece of artillery, above

What does any of this have to do with the idea of shock in art? On the surface, not much. Initially, I’d contemplated all sorts of “shocking” subjects for my final post here on Art21: nudity, racism, excrement, violence — even farm animals in formaldehyde. But given the state of our planet, it all seemed rather frivolous. Gaza is burning. Yesterday, the AP reported that more than 4,200 U.S. servicemen have died in Iraq. (Not to mention the tens of thousands Iraqi dead.) And then, of course, there’s our economy. Or lack thereof. In keeping with the times, I considered writing about the work of war photographers such as Matthew Brady, Robert Capa and James Nachtwey. (I have an abiding admiration for people who have the capacity to click a shutter at a time when I’d be running for cover.) I also considered doing something on works related to war, perhaps pieces by Goya and Picasso and Omer Fast. But then I thought that these images, collectively, might seem too familiar, or bear too much resemblance to what we take in on a daily basis.

That’s when I thought of Luodanli’s pictures — and their pithy captions (which I’ve appropriated for the purpose of this post). They bear none of the obvious markers of war. Yet we know that it’s happening somewhere beyond the edge of the frame. The images are artfully composed and find beauty in objects that, to soldiers, must be mundane. But what did Luodanli witness that went unrecorded? Who knows. Each of us could probably hazard a guess. Sometimes, what remains unseen is the most shocking thing of all.

Many more images after the jump. 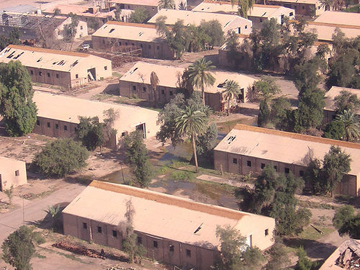 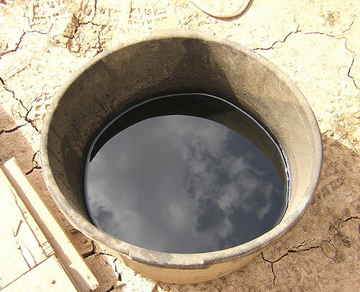 “We have drip pans to catch the falling sky.” 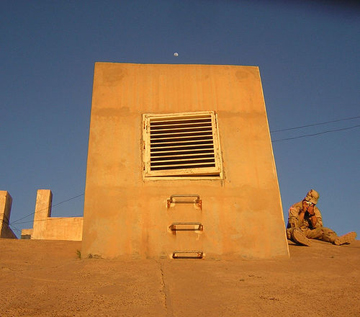 “Ob1left basks in the orange glow of the Arabian sunset…” 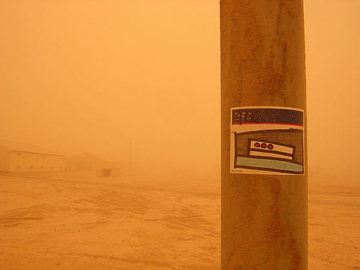 “2-Dimensional robots are unaffected by sandstorms…” 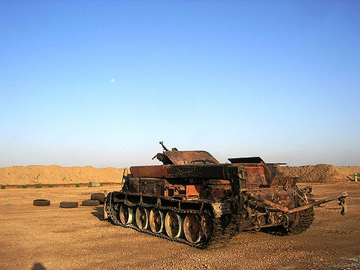 “Still trying to shoot the moon after all these years.” 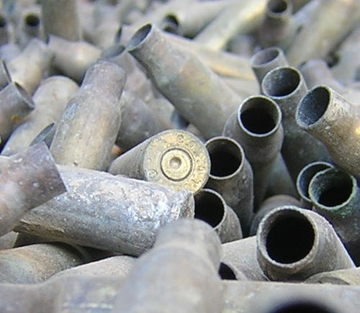 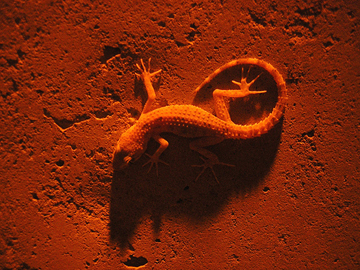 “I really want to take this guy home with me, but I’m guessing there would be
problems in customs.” 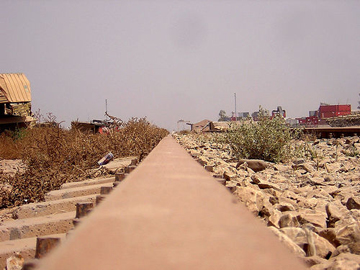 “Both sides are the wrong side.” 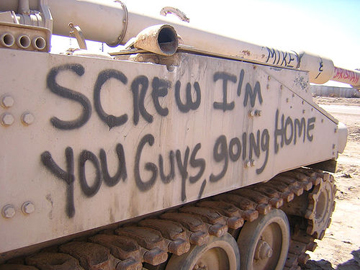 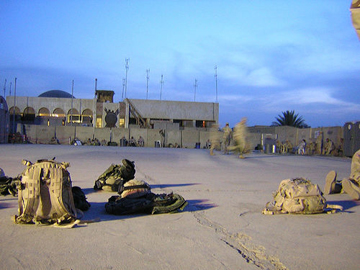 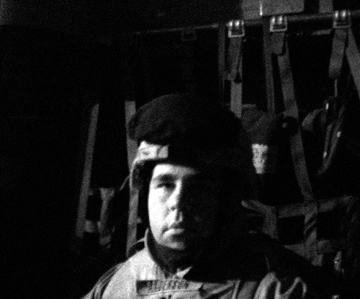 “Anderson in the dark.”