IS IT BY MISTAKE OR DESIGN?

Lyrics from "Born to Die" by Lana Del Rey. “I’m still a piece of meat like something in the Fourteenth Street markets swinging from stinking hooks in the blurry drag queen dusk. Maybe a hundred dollars to my name, no place to live, and I can’t hustle anymore. I’m trying to keep my body beyond the deathly fingers of my past but I’m fucked up bad never learned shit, how to create structures other than chaos. I’m attracted to chaos because of all the possibilities and I don’t have to choose any of them or die frozen inside one but right now all I know is that I’m tired. I woke up in this guy’s bed in the middle of the night and realized not a whole lot had changed since I got off the streets.”

(David Wojnarowicz, “From the Diaries of a Wolf Boy,” The Waterfront Journals) “The message of FUCK POSITIVE WOMEN is a directive – a confident and supportive message meant to relocate positive sexual energy around the bodies of HIV-positive women. When I say women, I am of course including trans and gender queer women: ALL self-identified women.

FUCK POSITIVE WOMEN can also be read as a declarative for its double meaning about how HIV-positive women are fucked when it comes to awareness, visibility, options, policy, and support on the large part. Making this kind of a rude point hopefully contributes to some of the ways that HIV-positive women can get un-fucked by healthcare, government policies, and awareness campaigns.

This messaging is part of a community. HIV-positive women were involved with the messaging for this poster. The International Community of Women Living with HIV (ICW) – an international network of positive women – was presented this slogan and they said, ‘yes, do it; we give you our permission.’” Barbara Kruger, "Your body is a battleground," 1989

“Questions of identity, authorship, and audience – and the ways in which all three are constructed through representation – have been central to postmodernist art, theory, and criticism. The significance of so-called appropriation art, in which the artist forgoes the claim to original creation by appropriating already-existing images and objects, has been to show that the “unique individual” is a kind of fiction, that our very selves are socially and historically determined through preexisting images, discourses, and events.

Young artists finding their place within the AIDS activist movement rather than the conventional art world have had reason to take these issues very seriously. Identity is understood by them to be, among other things, coercively imposed by perceived sexual orientation or HIV status; it is, at the same time, willfully taken on, in defiant declaration of affinity with the ‘others’ of AIDS: queers, women, Blacks, Latinos, drug users, sex workers. Moreover, authorship is collectively and discursively named.” 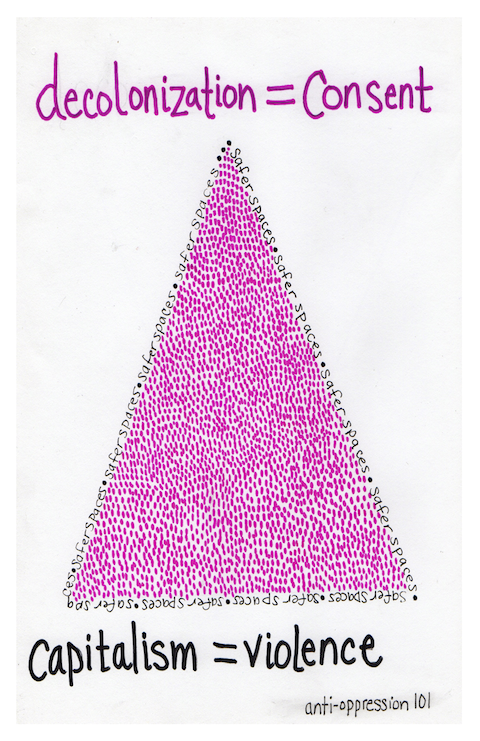