Had you walked by the Sony Plaza in midtown New York City this past Friday, you might have seen me through the second floor glass walls trying frantically to fix a wired-up laptop sleeve with a pair of rusty pliers. I was invited, along with four other ITP students, to present our projects at Sony Wonder Technology Lab (SWTL), a museum that displays creative applications of new technologies to young explorers. It was my first exhibit after graduate school and I was presenting my Gamelan Sampul, a laptop sleeve that also acts as a musical instrument. But right before the event, it stopped working.

I was really crunched for time and sweating bullets, but minutes before the exhibit opened I figured out what was wrong — a single loose connection. I was very lucky, but of course our fortunes reversed; My fellow exhibitors’ projects stopped working and I was surrounded by throngs of six to twelve year olds playing with my project like it was a whack-a-mole machine (ironically, there was indeed one of those machines upstairs from me). 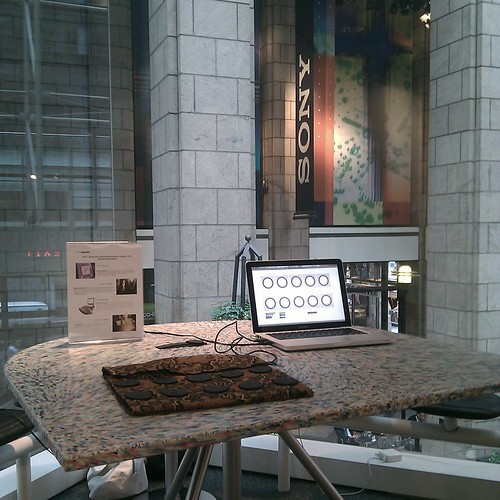 But in the end, I was really thrilled. Not only did my laptop sleeve survive the beating, it also brought to fruition some of the most unbridled responses I have ever seen. There was no holding back for these young critics. They either loved it or they walked away. There was not a care for my artist’s statement and no one was impressed by the circuitry–this is the smartphone generation after all. A touch-sensitive laptop sleeve that makes gong noises only comes naturally. Why I made it was just as important to them as how I made it. And I loved every minute of it.

The event was all thanks to Corrine Doron, SWTL’s senior program manager. For the past several years she has been recruiting ITP students with children-friendly projects to present at SWTL. It’s a really big boost for our CVs and is very useful to those of us who have to apply for a Visa to stay in the US beyond our graduate school years. Our governments looks very kindly on exhibiting immigrant artists.

But I didn’t realize what was in it for her until after the event. Over a couple of slices of pizza, Corrine explained that she wanted to display our work in order to show that not all creative applications of technology have to be manufactured for mass consumption. They can be self-made prototypes with visible wiring and they can even be a little bit pointless (gong laptop sleeve, anyone?). It’s part of her credo that museums should instill the desire for lifelong learning to a young audience. And she explained that SWTL attracts a very different crowd of people than regular museum-goers because it is free to the public year-round and because of its association with a consumer electronics corporate giant.

Indeed, I did notice a difference, and I started to wonder what it would be like if I had access to such a place when I was young. My family wasn’t the kind to take me to museums, but they sure were fascinated by the mall. They would much rather shop than pay the price of admission, and I can’t really blame them for thinking that way. If one were to work graveyard shifts for minimum wage, which would be more appealing: buying items that one can touch, feel and show off, or an experience in an exhibit hall surrounded with signs that say “do not touch”?

What initially got me into a museum was my first job. I worked at the Boston Museum of Fine Arts as a high school intern for the slide library–once, there was a generation that didn’t have Google images, after all. The biggest perk of the job was my staff badge, which allowed me free entry to every museum in the city and access to the museums’ restricted storage areas. There I saw mountains of work that the public would never see. Museums, I realized then, were only exhibiting a small percentage of their stored pieces.

I mentioned this to Corrine, and she retold the history of the Brooklyn Children’s Museum, the world’s first museum designed for children. Before its official founding in 1899, it was better known as the Apprentices’ Library and would lend youths suitcases of wonder filled with collections to better study history, the sciences and the arts. 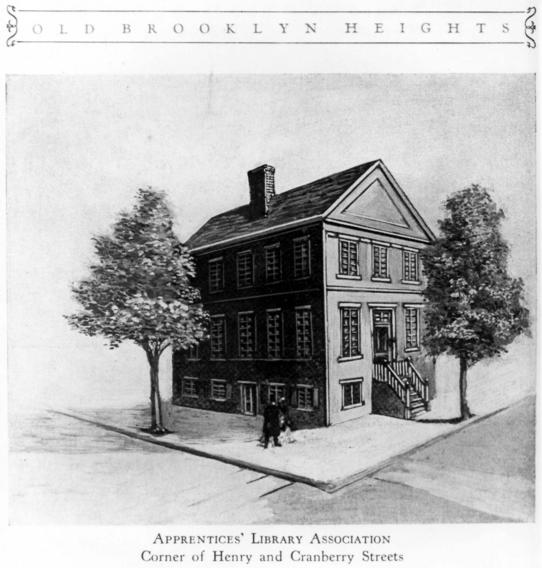 It’s strange how we have changed our perception of what is the appropriate way to exhibit works in a museum. Given the choice, I personally would love it if all museums revert to a more hands-on experience with their exhibits. But today, that won’t fly in most cases. Thanks to Corrine and SWTL, however, I got to be part of the outlier.