The Flights of Concord Andrea Fontenot speaks at a “P.S.1010” workshop in Los Angeles on June 29, 2013, a few days before Concord began their bus tour. Courtesy Concord.

I first heard about Concord through friends’ Facebook invitations. It was a difficult space to pin down from the start and it continues to elude quantification, even as its reputation grows. Although they are called an “artist-run space,” their community actually includes a fertile mix of visual and performing artists, writers, architects, scientists, and random people they’ve met. And their network of collaborators extends far beyond the walls of their warehouse space, which is simultaneously home to a core group of them and an exploratory site for happenings of all kinds. A youthful and highly organic project, it has given rise to some of the most multiplicitous programming in Los Angeles. A chance meeting with a group of Christian ravers led the Concord group to host Jesus Massive Art Collaboration, an all-day and night celebration of art, tech, and The Lord. At their Lilliputian Dinner Party, only miniature foods were served to guests. Their ongoing event series, Enter>text, brings together local writers and poets to create intimate experiences in the various nooks and crannies of their space. And this past year, an urge to archive their many activities led to the birth of Concord Press #1, the first issue of their literary journal. True to form, their archive is partly fictional, consisting of actual documentation as well as submissions from people who have never been to Concord nor know of their ethos.

Concord’s most recent project, P.S. 1010, began with a successful Kickstarter campaign that funded the purchase of a large, rickety school bus and an exploratory cross-country road journey. On the occasion of their return, I interviewed three members of the group via email. We discussed the Art21 Blog theme of “networks” and the impact of their trip. On the road. Courtesy Concord.

Carol Cheh: Fostering diverse creative networks seems of primary importance to you all, as opposed to, say, focusing on a certain sector of the art or literary world. Can you talk more about this philosophy and how it developed?

Marco Franco di Domenico: I don’t think we would use the word “networks.” We use the words “community building,” and it started very organically for us. We founded our space as a group of writers, artists, and thinkers at a moment when many of us were moving towards a multidisciplinary practice. So naturally, our programming reflected and encouraged that. After two years, we have a collective beyond our space. Making dinner outside while installing a show at Good Children gallery in New Orleans. Courtesy Concord.

Arjuna Neuman: Somehow the idea of fostering “networks” has the wrong connotation for me. Worded like this, it seems to partially reference the “social network” as well as something like professional networking, and neither of these has been an interest of Concord. Rather, we discovered through the nature of our space that our interests are in experimenting with social formations, group dynamics, and the aesthetics of encounters. This happens both internally within our collective and externally with our public programming.

Fostering networks could be reworded as “community building,” which was part of our first mission statement. But this phrase has become deeply ambiguous, especially in the context of social practice. We see the proliferation of communal tables, from Starbucks to co-working spaces, for example, as a symptom of the rhetorical way “community building” has been utilized by neo-liberal agendas. This is something we discovered and discussed extensively on the trip. Tracy Jeanne Rosenthal: I won’t say where I’m working, but I will say that the curating-by-size-of-social-network ethos there disturbs me, and I want to echo some of these critiques. Real estate development projects are constantly hailing imagined “communities” to actively erase existing ones. Later in our bus trip, we became rather obsessed with the overlap between social practice and development: the framing of community as social good, the entrepreneurism of revitalization, and the intersection they have in gentrification. We were interested in moving beyond debates currently dominating the discourse about social practice—Is it art? Is it othering? Is antagonism appropriate?—and thinking through the ethical and aesthetic consequences of these kinds of unsurprising homologies.

CC: I’m interested in this idea of taking the Concord concept on the road and broadening its reach. Do you feel you achieved that, and if so, how?

MFD: Our collective has grown beyond the residents of the space, so it was important to get outside of the warehouse, but that was only the first impetus for this [bus] project. We left with the mission to research the boundaries between art, education, and social space, but quickly took on all kinds of information that pushed beyond that mission. Halfway through the trip, around the time we started heading back west, we may have begun another project all together, so it is hard to say what we have achieved because there is never any closure. Instead, I foresee a new trajectory in terms of research as well as our collective project as a whole. 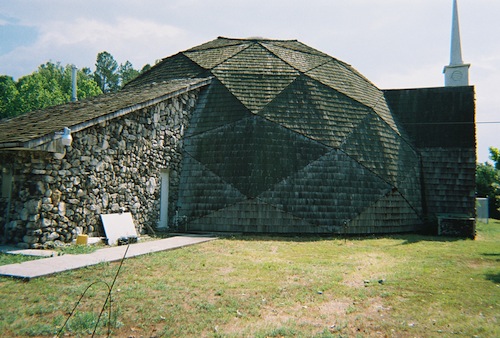 CC: What plans do you have for the immediate future?

AN: We are working on organizing the material we gathered from P.S.1010, and there is a lot of it. The plan is to refine some of this material into a book that is half experimental documentary and half speculative fiction. The book will have an accompanying exhibition in September, and there will be a conference in California City in October.

Keep up with Concord by signing up for their newsletter at www.concordspace.com.