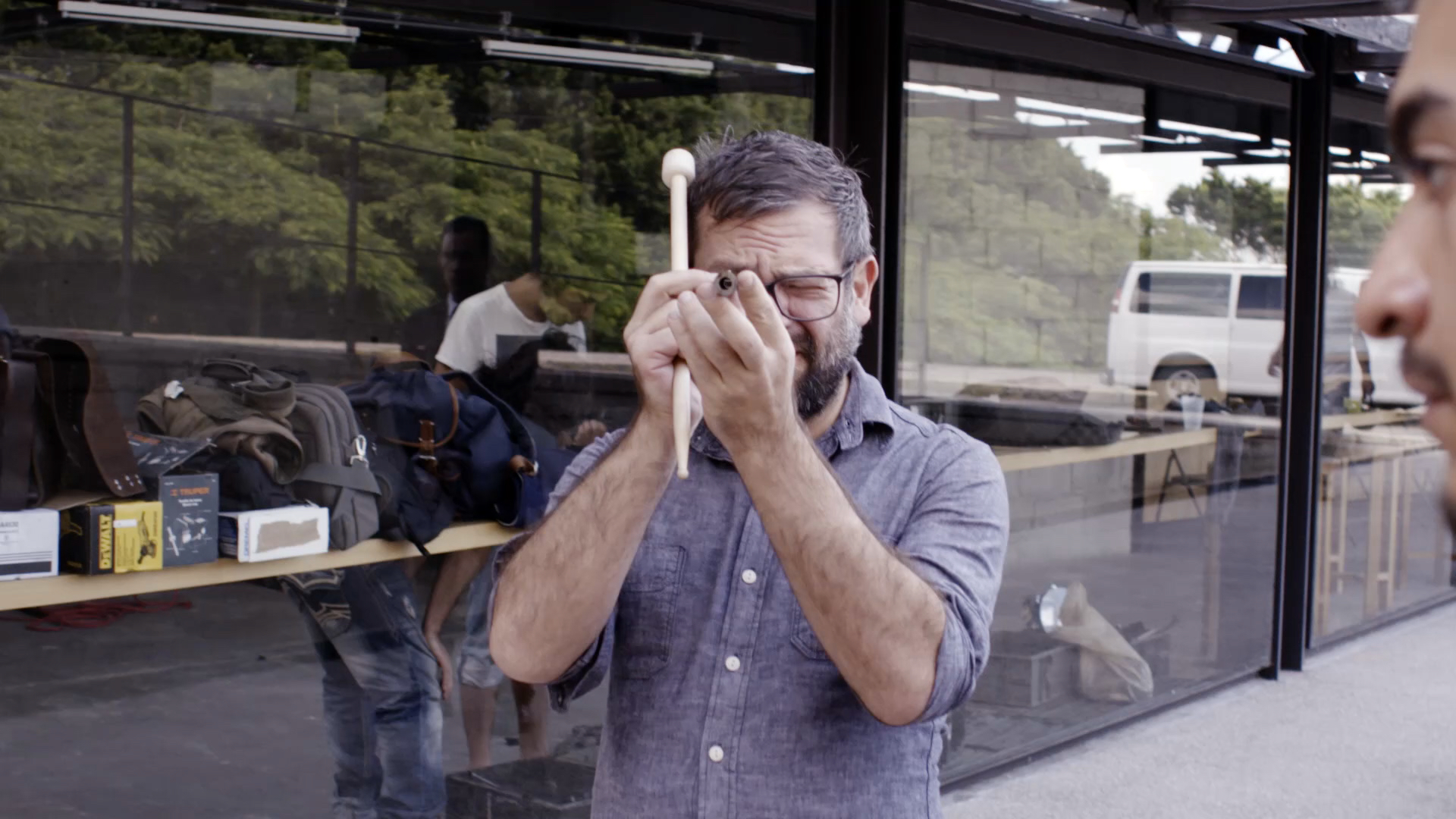 Pedro Reyes was born in Mexico City in 1972. He designs ongoing projects that propose playful solutions to social problems. From turning guns into musical instruments, to hosting a People’s United Nations to address pressing concerns, to offering ecologically-friendly grasshopper burgers from a food cart, Reyes transforms existing problems into ideas for a better world. In the artist’s hands, complex subjects like political and economic philosophies are reframed in ways that are easy to understand, such as a puppet play featuring Karl Marx and Adam Smith fighting over how to share cookies.

When encountering a project by the artist, viewers are often enlisted as participants, whether through one-on-one conversations, therapeutic acts, or as creators of objects in collaborative workshops. Originally trained as an architect, Reyes is acutely aware of how people interact with the built environment, with many of the artist’s works taking the form of enclosures. Reyes’s own home, featuring an extensive library that he draws from for inspiration, is a work of art in itself that’s continually adapted by the artist and his family.

In the following preview from the Mexico City episode of Season 8 of Art in the Twenty-First Century, artist Pedro Reyes organizes a workshop where participants create musical instruments from firearms.

“Doing these workshops is an attempt to transform not only the material metal, but also to try to create a psychological transformation,” says the artist. “And, hopefully, a social transformation.”