Places Within Us: Jesse Chun’s On Paper Series The Brooklyn-based artist Jesse Chun was living with her family in Hong Kong as an expatriate when the handover took place, in 1997: one flag was lowered and another one was raised, a symbolic event marking the end of British rule over the country and the transfer of sovereignty to the People’s Republic of China. When I met Chun to talk about her work in September 2016, the artist said, “I didn’t move, but the country changed over night.”1 This shift in power and feeling of displacement without movement resonated with Chun, and today her work as an interdisciplinary artist considers the physical ephemera related to the idea of place. 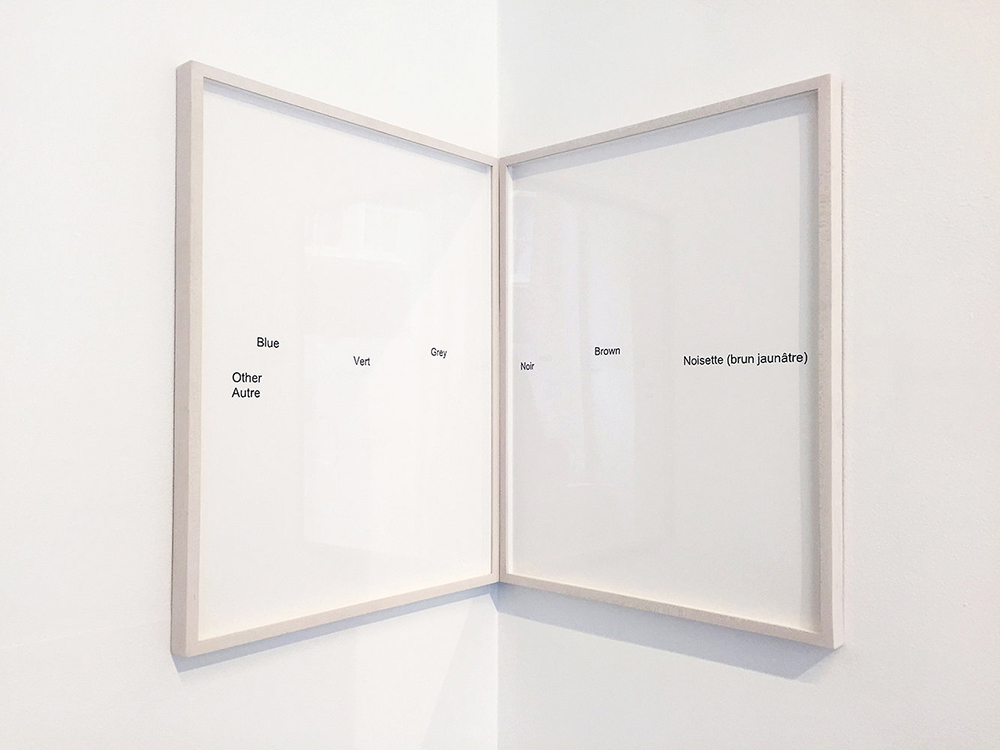 Chun has known many places. After living in Hong Kong, she moved to New York City for college. After a few years in Toronto, Canada, Chun moved back to New York City for graduate school. Chun has observed different cultures from an outsider’s perspective, but she has also experienced belonging in a place. Chun was born in Korea, where she could communicate with ease; in Hong Kong, Chun could not understand the Cantonese she heard on the street. “The first ten years of my life [in Korea] were spent as a singular identity, and then everything became fragmented into different codes,” Chun explained. As a result, Chun knows the feeling of being connected to a place, and she has learned how to adapt to new environments as a foreigner, too.

As an expat and immigrant, Chun has navigated through the emotions, regulations, and paperwork of relocating from one country to the next. In Canada, Chun was asked to authenticate her marriage by submitting photos and filling out forms. The endless immigration paperwork seemed to possess her. At various times Chun has been unable to travel or work while she was waiting for her visa application to be finalized. Over the years, she saved all the paperwork associated with migration and immigration, forming an archive of the papers that mapped her life. Together the works visualize the collective transit of an increasingly mobile population.

About 2014, Chun began to shape this archive, as well as similar forms collected from her family and friends, into the series On Paper. In her recent show at the Spencer Brownstone Gallery in New York City, Chun exhibited three categories of works: landscapes, blueprints, and poetry. Each category begins with the appropriation of immigration paperwork and passports. The landscapes have been digitally manipulated, culled from imagery found inside passports from different countries, while the blueprints and poems result from editing and purging texts on immigration forms. Together the works visualize the collective transit of an increasingly mobile population. Chun noted that this mobility complicates cultural identities. Instead of having one cultural identity, Chun thinks of herself as a hybrid of all the places she has lived. “When we say we are in a place, we make it seem like we are inside of a particular place, but those places are within us, too,” said Chun. Embedded in Chun’s works are elements taken from specific locations, which she has used to make spaces where many people can belong. In the landscapes, for example, the natural environments cannot be identified; a tree, waterfall, or mountain can exist anywhere.

In particular, the text in one work in the series, Form #4, reads: “Mother, Father, ALL sons and daughters, regardless of age or place.” This poem is the most radical symbol of what we share and how we are connected to one another. Chun believes that many people are searching for the feeling of home—a place no longer tied to geography but rather an experience of belonging. Her series On Paper is an opportunity for people to find it. Jesse Chun is a Brooklyn-based visual artist from Seoul, New York, Hong Kong, and Toronto. She holds an MFA from the School of Visual Arts, and a BFA from Parsons, the New School for Design. Her work has been exhibited internationally in the United States, Canada, South Korea, Hong Kong, Germany, and Turkey. Selected works from the series On Paper are on view from October 21 through November 18, 2016, at Booklyn, in Brooklyn, New York: Valid from Until is the title of the exhibition and accompanying artist’s book.

1. All of Chun’s quotes are from a conversation with the author, September 17, 2016, in Brooklyn, New York.