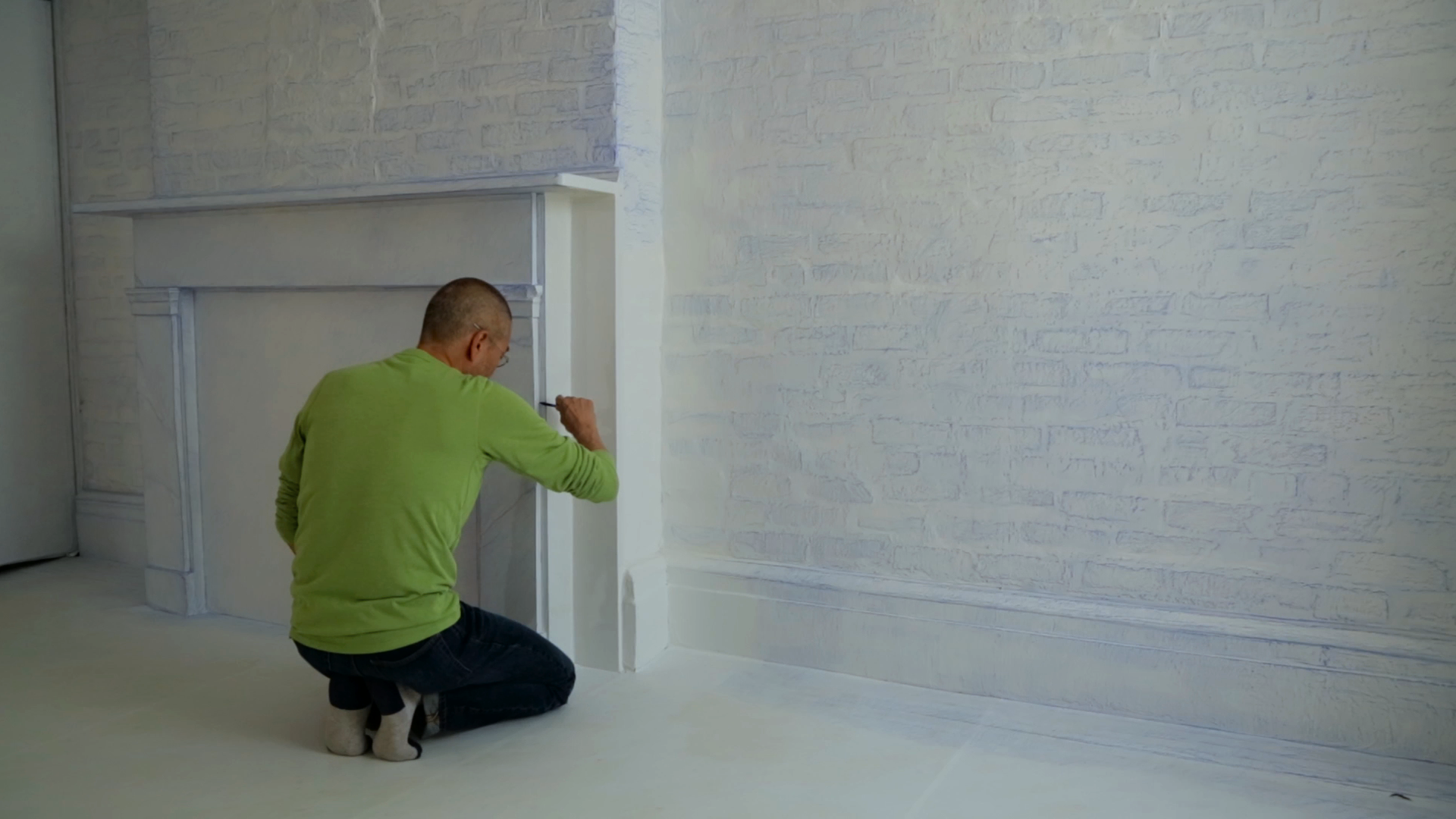 Do Ho Suh at work on Rubbing/Loving in the New York apartment where he lived and worked for eighteen years. Production still from the series Art21 Exclusive. © Art21, Inc. 2016. Cinematography: Ian Forster.

In this new Exclusive, Do Ho Suh makes one final artwork in the New York apartment that was his home and studio for eighteen years. Suh covered every surface in the apartment with white paper which he then rubbed with colored pencil to reveal and preserve all of the space’s memory-provoking details. “My energy has been accumulated and in a way I think my rubbing shows that,” says Suh. “I’m trying to show the layers of time.”

I’m trying to show the layers of time

Suh’s landlord, who was initially hesitant to rent to a young artist, became a close friend and supported him in making earlier fabric works about the apartment. Before passing away, the landlord gave Suh permission to make this final work: Rubbing/Loving. It serves as a transportable testament to the home’s emotional importance to Suh and the owner’s family. “I try to understand my life as a movement through different spaces,” says Suh, who was born in South Korea, studied in Rhode Island and Connecticut and now lives in London.

Art21 Exclusive is supported, in part, by the New York City Department of Cultural Affairs in partnership with the City Council; 21c Museum Hotel, and by individual contributors.