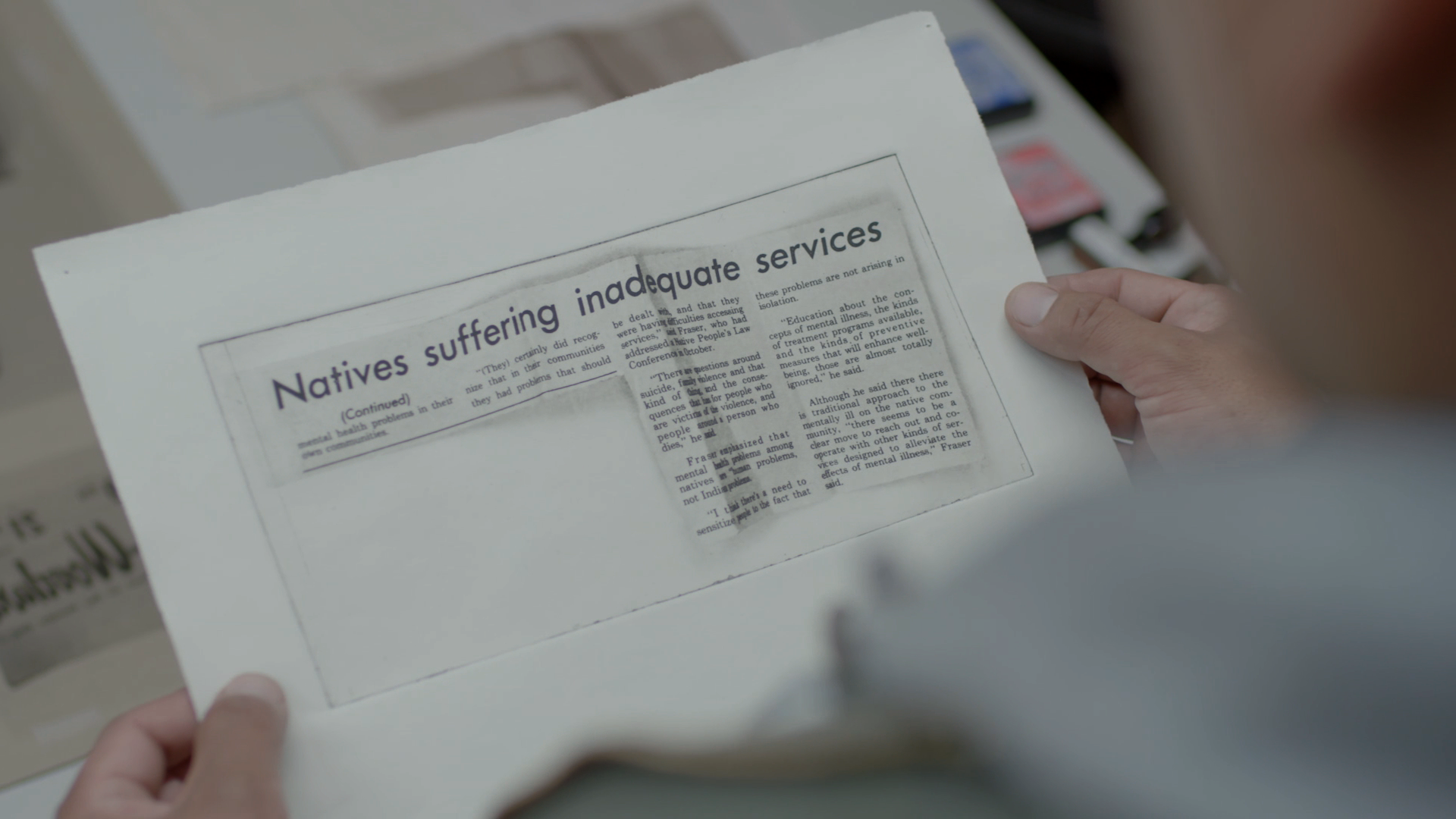 In a new Art21 Exclusive, artist Brian Jungen creates two-sided prints from archival newspaper clippings, revealing the lens of otherness through which Native people are frequently viewed. “It was always about inequality but it wasn’t really from the Native person’s perspective,” says Jungen of the newspaper articles. “These are the stories I would have read as a kid and they would have made me feel really bad about being Native.”

By reproducing both sides of the clippings on corresponding sides of his prints, Jungen  highlights the often disparate realities faced by Native and non-Native people. The artist draws from a strong tradition of printmaking in First Nations communities, especially those closer to the Arctic. Artists such as Kenojuak Ashevak employ bilateral symmetry to depict the duality of an image, and in the same way Jungen illustrates the two sides of Native and non-Native life in his prints.

Art21 Exclusive is supported, in part, by 21c Museum Hotel, and by individual contributors.