Dematerializing the Memorial: An Interview with Maya Lin 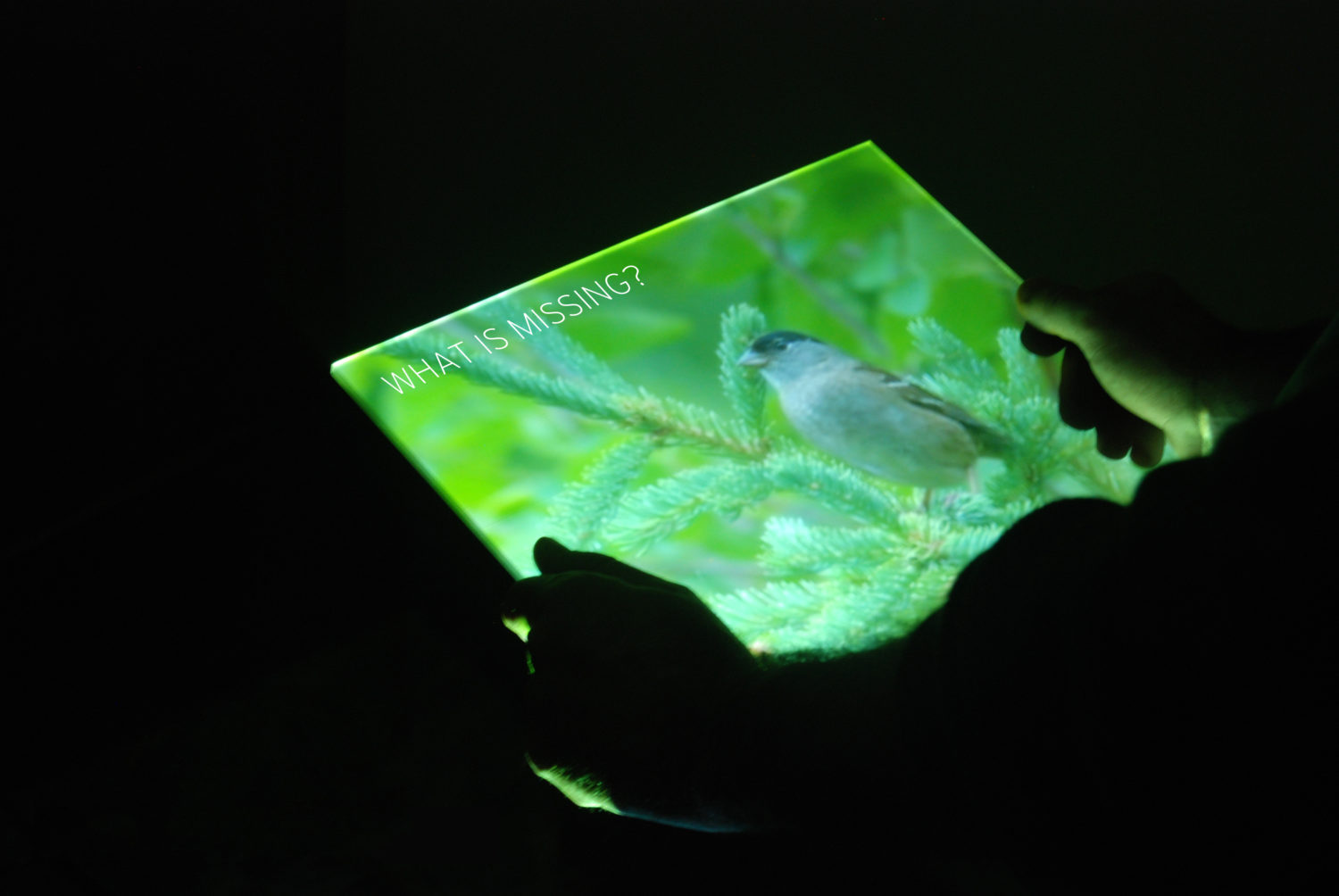 Maya Lin is often defined by her first memorial, which catapulted her to the national stage in 1981 when she was still a twenty-one-year-old undergrad at Yale. Her design for the Vietnam Veterans Memorial reenvisioned what a memorial could be—remembering the lives lost in one of our nation’s most controversial wars, not through a grandiose statue, but by quietly and reverentially carving their names into two walls of black granite.

Now, almost four decades later the artist is reinventing the memorial again through her environmental activist foundation, What is Missing. She describes it as her “last memorial,” and the project aims to both document and track ecosystem change and offer ways in which we can actively participate in the preservation of our planet—an especially pressing charge in a time when natural disasters are happening simultaneously all over the world.

This is the second of a two-part interview with Lin. The first interview focused on the artist’s solo exhibition at Pace Gallery, Ebb and Flow, on view through October 7.

Lindsey Davis: How did you know it was time to go beyond making objects and create the What is Missing Foundation?

Maya Lin: I think I’ve known that for thirty years. I would say twenty, twenty-five years ago I started collecting any and all information I could find on the sixth extinction, and at the time I was also on the board of the Energy Foundation, so I was very committed to sustainable design and energy, and the fact that climate change was going to push everything to a head. You look at twenty-five years ago, there’d be an article a year [on climate change] and now it’s every day. I think by the time I had finished the Civil Rights Memorial in 1989, I knew I’d end my memorial series with one that focuses on the environment because I really care so deeply about it.

LD: I know you often describe the Foundation as your “last memorial.” How do you see the project functioning in the way a typical memorial might?

ML: One can argue that even with the Vietnam Memorial, there’s no object to the wall, it’s pure surface—the names are the object. [There’s] a bit of a dematerialization and a rethinking of what a monument is and it’s actually quite personal and intimate, and in a funny way anti-monumental. I think that’s just me and my personality—these things are very quiet.

How does it exist? Everywhere and nowhere

The last memorial, What is Missing, is even more of a dematerialization. How does it exist? Everywhere and nowhere—it exists as a website which is about as dematerialized as you can get. It’s pure information in that sense. It’s sound. The Cornell Ornithology Labs gave me all these sounds to use, sounds that are quite literally disappearing. You might not hear these voices in these places in another twenty-five years.

LD: Your artwork has an activist element to it but it still remains more poetic than outright political. How do you hold back with anti-environmental decisions are being made all the time by the current administration?

ML: I think with the online portion of What is Missing, we’re always trying to call attention to what is going on with a lot of the deregulations. [For example,] if you want to create jobs, the amount of money you invest in a National Park will give you so many more jobs in the community forever than oil and gas exploration, which will have a certain limited amount of time. You’ll have diluted or hurt the property values around you, and then the people that have the oil and gas rights are going to leave, and what are you left with?

In a way, Missing deviates from my other memorials in that it is a very activist-oriented piece, whereas I truly want in my art to stay neutral in that sense. My belief is I can put the facts out, and you’re going to come away with whatever you conclude. If I were to tell you how you’re supposed to think, it would almost go antithetical to what I believe I’m doing in my art. I’m here to put the right information in front of you. What is Missing is very different. It has a very specific “what you can do,” and right now we’re working on Greenprint which will be all about nature-based solutions to climate change—reforming agriculture, reforming ranching, increasing our marine protected areas—all are ways to both protect species and to capture and sequester carbon. What is Missing is focused not just on making one aware of the sixth mass extinction of species, but also on giving people individual actions they can take to help protect species and reduce emissions. I believe art can pose macro picture views about how these nature-based solutions are one of our greatest methods to reduce significant amounts of carbon in the atmosphere, while helping feed and sustain both us and [other] species. So that’s what Missing is all about. I don’t know if it’s political but it’s very much an advocacy piece. LD: Do you see it as sort of reinventing the memorial?

Can you make a memorial that is like water? It can flow wherever it’s invited in?

ML: Yeah, deliberately so. Can you make a memorial that is like water? It can flow wherever it’s invited in? It’s a completely volunteer project for me—I decided I’d focus my energies on one thing and I just felt I needed to do this. Maybe because of my background with memorials, I [felt] I could call attention to what’s going on.

LD: What advice would you give to a viewer who’s inspired by your work and wants to do something about climate change?

ML: I’d love [for] them to go to the What is Missing website and explore all the things you can individually do, and all the incredible timelines. We have created ecological timelines of most of the major rivers in the U.S. and right now we’re growing these timelines because I don’t think people really realize how much has been lost. There’s this phenomena called “shifting baselines,” where we know what we know but we don’t know what our grandparents knew. So to be able to go back in time and realize that in New York Harbor or in the Columbia River Estuary, there were so many salmon that you could walk across their backs—or that’s what the explorers thought, to cross to the other edge.

A lot of what I’ve been studying now are the deltas around the world. Almost all of them are severely altered. If you go to the website, we’re building an ecological history of the planet, as well as focusing equally on individual action. What you can do’s are up—what you eat, what you buy, what you drink, what you throw away. But Greenprint is my main focus. I’ve been working on it for two years and it will show on a macro scale what we could do to really balance our needs with the needs of the planet. It’s just something that I feel very committed to. LD: Since you started working with ecological systems, it seems there’s been at least a little progress in that climate change deniers are now outside the mainstream.

ML: One of the very first things we posted on the What is Missing Facebook after the last election was that something like 70 percent of all Americans believe climate change is occurring and that man is causing it. We cannot forget the facts. Facts are going to be incredibly important, especially with who’s in [the White House] right now—we can’t lose heart of that. We can’t lose heart of how much has significantly changed. We can’t lose sight of the fact that right after the election cycle, over 365 businesses signed a petition to uphold the Paris Treaty, that despite what the administration is saying, there are deep commitments from states, cities, governments, and companies to get the U.S. to the goals of the Paris Climate Accord and exceed those goals.

A lot is happening—we have shifted to so much more wind and solar power and that continues despite the fact that it was never subsidized the way oil and gas were when they first got started. So, it’s happening and it’s happening at a speed that is very heartening despite the fact that we are being told at just one branch of government to slow it down. It’s not slowing down, and I think there has been a lot of change, but now’s the time to really fight, fight for what we believe in as far as what has to get done.

The sad fact is, we’re going to pay for climate change now or later, and if we pay for it later, if you look at the damage to property, to people, to lives lost whether it’s what’s happening in Houston, with Hurricane Sandy, with Hurricane Katrina—it’s a fraction of the cost to really begin to shore up what I call the nature-based solutions. Wetlands buffer us from rising seas, and a wetland restores three times as much carbon as a tropical forest. It’s called blue carbon and to restore these coastal wetlands creates massive amounts of jobs, and it’s being done. We try to showcase that because we’re a firm believer in that if we show people that it’s being done, and it is, that people will think “Well it’s not hopeless.” We could do more of this for a fraction of the cost of building a Sea World. With What is Missing, we’re not just presenting the data, we’re advocating.

LD: One last question: How has your work changed or evolved in any way, since we first filmed you for Season 1 of Art in the Twenty-First Century?

ML: I think with What is Missing and frankly yes, with a lot of my artworks now, they’re much more, in that sense, political and very focused. I feel like we have very little time. Our generation and our kids’ generation—they’re going to suffer the real brunt of it. We have to move now and we have to do what we can. I have become much more of an advocate, and when I started What is Missing that’s something that made me uncomfortable, but I don’t think I have a choice.