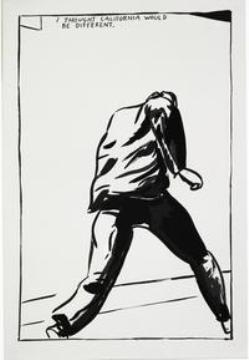 The Orange County Museum of Art recently announced the names of fifty artists selected to participate in the 2008 California Biennial (CB08). The Museum launched the California Biennial in 1984; it has since become a premier exhibition for emerging artists in the state. This year’s exhibition, for the first time, incorporates off-site projects with collaborating venues from Tijuana to Northern California. Off-site installations include projects by Season 2 artist Raymond Pettibon, Karl Haendel, High Desert Test Sites, Walead Beshty, Jedediah Caesar, and Piero Golia. Read the complete artist roster here.

CB08 is guest-curated by Lauri Firstenberg, founder and director/curator of LAXART in Los Angeles. The exhibition opens to the public on October 26, 2008.