“Our advanced art approaches a fragile but marvelous life, one that maintains itself by a mere thread, melting into an elusive, changeable configuration, the surroundings, the artist, his work and everyone who comes to it.”

When Allan Kaprow wrote these words in 1961, he was describing the tendency among the postwar avant-garde to physically and intellectually invite the audience into the art itself. Though he was speaking specifically in the context of Happenings, his quote could easily describe the nature of art produced by many of the earth artists, minimalists, installation, and performance artists of later decades. Furthermore, it can aptly reference the output of contemporary artists of today—those creative minds who defy any particular label but have enjoyed remarkable success at recent exhibitions in America and abroad.

Debates of nomenclature aside, the art considered here is that which allows for (or necessitates) the visitor’s physical action, manipulates his/her sensory encounters, and/or showcases his/her creative expression. In such art, it is often the experience of the audience that becomes the true object or subject of the work. Of course, art that reaches completion only through audience participation has been around for years, ranging from those conceptual pieces that feature relatively passive involvement (think treading upon Carl Andre’s sculptures), to mild interaction (taking and consuming Félix González-Torres’s cellophane-wrapped candies), to a more dynamic, total immersion of the public into the art (in 1964’s Cut Piece audience members cut off Yoko Ono’s garments until they left her completely naked). 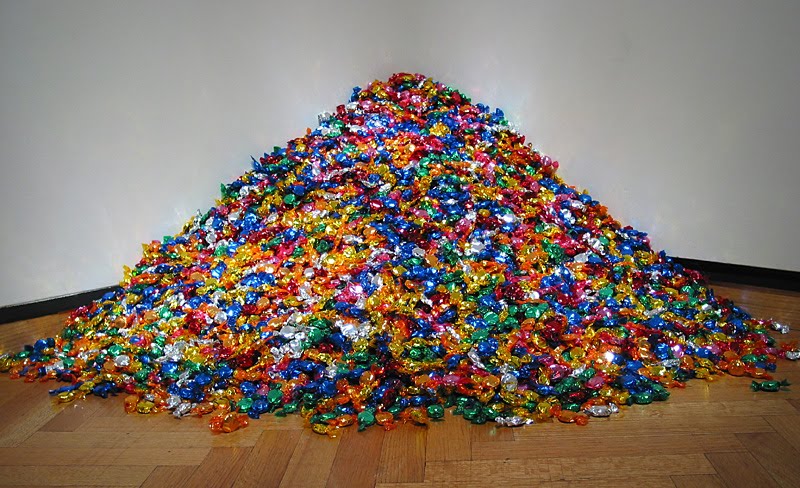 And what of more recent manifestations of this trend? Olafur Eliasson’s various projects have ranged from creating a venue for visitors to play with the effect of their own shadows (The Weather Project, 2003) to constructing a man-made island on which students gather to socialize and debate (The Parliament of Reality, 2009). For This Progress, Tino Sehgal lured visitors to the Guggenheim to exercise their intellectual muscles through philosophical dialogue with trained guides. If exploring your emotions is more your cup of tea, then you may have lost yourself—quite literally—in the disorienting light and darkness, respectively, of Antony Gormley’s Blind Light (2007) and Miroslaw Balka’s How It Is (2009). In his controversial One & Other work last year on Trafalgar Square’s Fourth Plinth, Gormley left the burden of the performance entirely in the hands of the audience members, each of whom applied to win the spotlight for an hour. Currently on view at the Metropolitan Museum of Art, Doug and Mike Starn’s Big Bambú presents a more corporeal experience, offering visitors the chance to walk through a maze of pathways erected on the rooftop. All of these examples earned, or are earning, significant attention and considerable traffic, and only serve as the tip of the participatory art iceberg.

The rise and success of such art is not surprising. Ours is a culture that has grown to expect instant gratification and an all-access pass; we are constantly “plugged in” and busy narrating our lives by posting feedback and opinions online. We are wholly accustomed to interactivity, and art that reflects such reciprocation and proactive involvement resonates deeply with us. By turning art viewing into an inclusive experience, the artist strengthens our understanding of the piece, and perhaps inspires the visitor to spend a bit longer on each painting or sculpture. For those works that act as conduits to our emotions, artists have provided an outlet for every sentiment—from relishing in our memories of and love for our mothers (Ono’s My Mommy Is Beautiful, 2004) to releasing pent-up aggression and frustrations (Marina Abramovic’s dangerous Rhythm 0 of 1974, or David Belt’s Glassphemy! of 2010). One only needs to look to Abramovic’s just-closed retrospective at MoMA, The Artist Is Present, to witness the poignant reactions of visitors who elect to sit across from the artist in the museum’s atrium. 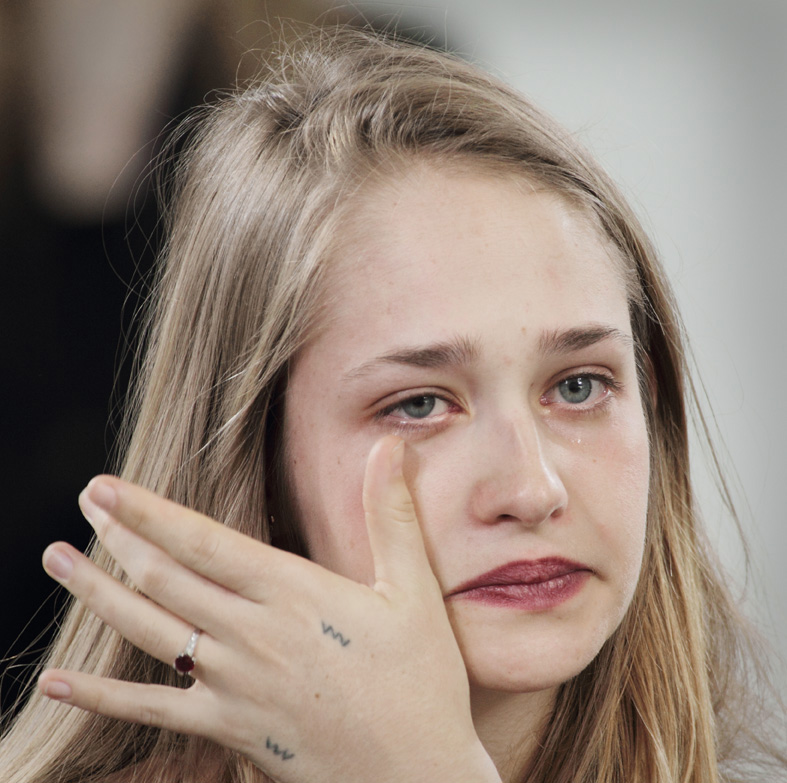 Today’s art museums are wising up to the benefits of interactivity. Many institutions have adapted to the needs of increasingly web-oriented, digitally-minded visitors who expect instant access and involvement both inside and outside museum walls. Such institutions have begun utilizing iPhone apps and social networking to promote events, online galleries to inform those at home, and touch-screen technology to guide perceptions within exhibitions. The savvier museums are also mastering how to define and regulate issues of conserving, displaying, and owning conceptual works that conflate art and audience.

Given that art administration and market dynamics have progressed to keep pace with the art, perhaps participatory pieces are no longer as “fragile” as Kaprow expressed. Works featuring interactivity—those that refuse classification and simple explanation—are finally shrugging off their adolescence and hitting their stride. Some critics argue that communal experience devolves the message of such artworks into universal banality; others contend that the original artist becomes eclipsed, and rendered moot, by the creative expression of the audience. This view seems to be missing the point: that it is the genius of the concept behind the art that is the true product, not whatever aspect of the visitor’s body or mind is being used to tell the story. The explicit parallels between participatory art and entertainment also do nothing to detract from quality, in my view. After all, “popular” doesn’t necessarily translate to “uninspiring” or “trivial,” nor does the idea of community experience. Keep in mind that films are watched and shared by millions, though no one would argue that movies cannot be thought-provoking masterpieces.

This is not to say, however, that traditional painting and sculpture will not always be created and beloved—they definitely will be. The public will forever harbor great respect for technical skill and for a palpable object representing an artist’s singular vision. Just look to last year’s augural ArtPrize competition, in which voters (not a jury) crowned Ran Ortner’s massive photorealistic oil painting, Open Water No. 24, as the winner. In general, however, as galleries and nonprofit institutions hone their skills in dealing with hard-to-define conceptual works, artists will focus their creativity on pushing the envelope even further. The era of hiding new and inventive artistic efforts among underground, rebellious movements, is over; it pays now to be participatory. Art is no longer a spectator sport, and the game’s only just begun.

Meg Floryan is a graduate of Sotheby’s Institute of Art with a Masters in American Fine & Decorative Art.