Louise Bourgeois Left Nothing to be Desired When I heard that Louise Bourgeois (Season 1) passed away on the morning of May 31, I was genuinely surprised. It seemed only natural that she would live into a second century. I called a friend, an artist whose visceral, narrative work has always been explicitly about maternity and clandestinely about Bourgeois, the seminal artist-mother. My call went to her voicemail, but later she called back. “We had just been to see my grandfather in the nursing home. I was thinking about death and how hard it is to age. I was drawing a yellow rose.” This has been my friend’s proxy for Bourgeois ever since she brought a bouquet of colored roses to one of Bourgeois’s notorious New York salons and succeeded in stealing the artist’s attention away from all other attendees. “I was drawing it when she died, thinking about her,” she told me.

In reading what has been written about Bourgeois these past two days, some of it poignant and some of it predictable, I have been struck repeatedly by the emphasis placed on her late success. Certainly, this is an important detail: born in Paris in 1911, Bourgeois studied at the Sorbonne, École du Louvre, and École des Beaux-Arts in the 1930s; married art historian Robert Goldwater and emigrated to the United States in 1938; and began making serious work in the 1940s. Yet, as Joan Acocella of the New Yorker explained, “It was only with the challenge to modernism which arose in the sixties and seventies that people started to notice her.” During Bourgeois’s MoMA retrospective in 1982, the first such retrospective given to a woman, she was already past 70. Still, for me and others who came of age in the 1990s and 2000s, Bourgeois has always been there, combining vulnerability and aggression with unrivaled clarity. 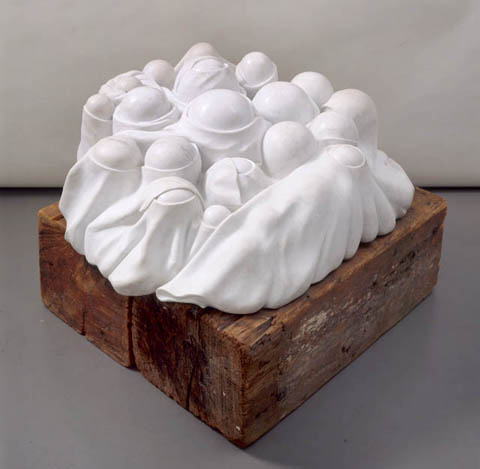 Even Tracy Emin and Sarah Lucas, Bourgeois’s direct descendants in the department of confessional audacity, have not managed to construct such a distinct, brute visual identity. The Femme Maison drawings, in which women were literally “domesticated” and “objectified”; the plaster, latex and marble sculptures, in which phalluses and breasts abound; the theatrical cell installations that made Bourgeois’s bourgeoisie childhood look like a surrealist film (though, according to Holland Cotter, Bourgeois disliked surrealists, calling them “smart alecks”); the huge, craggy spider called Maman, after her mother. All of these works initially compelled me because they seemed to originate in such a personal place—Bourgeois would often tell childhood stories about her father’s affair with the governess, her Freudian desire to dismember him in response to his philandering, her mother’s immense stoicism. But later, when I realized that Bourgeois the artist had created Bourgeois the child, she became more interesting to me as a droll fiction-maker who poked fun at human pain and insecurity in a gapingly honest way.

There are many stories that capture the funniness and the seriousness of Bourgeois’s concern with gender and power, many of them framed by her own savvy authorial voice. The folklore around her famous photo shoot with Mapplethorpe, related here by Joan Acocella, is particularly memorable:

When Mapplethorpe asked to photograph her she was afraid; she knew that his work was about men, with big penises. So she brought her penis, Fillette, carrying it jauntily under her arm, like an Hermès handbag. . . . Fillette is not a compliment to the male sex, however. Its very size is comical. Furthermore, its surface looks corroded, as if it were rotting.