“I don’t know why my pictures come out looking so good,” photographer Robert Mapplethorpe once told his brother. “I just don’t get it.” He had that innate knack for beauty, an artist’s touch in the most classical sense. This made his “obscenity”—those S&M images from the X Portfolio and the fetishized African-American bodies from The Black Book (after noting the X Portfolio reminded him of Caravaggio, Velasquez, and Correggio, critic Dave Hickey concluded, “These images are too full of art to be ‘about’ it.”)—so complicated. It was bathed in expertise, an expertise that made even the most liberal of art aficionados uncomfortable because of its often aggressive indifference to its own political implications.

Mapplethorpe’s expertise has now become the property of Los Angeles. Or, at least, earlier this week, when the Getty Trust and Los Angeles County Museum of Art announced they would be acquiring Mapplethorpe’s archives, reporters, critics, and spokespeople almost immediately began to postulate about what this meant for the city. It accelerated L.A.’s rise to art capital status (we’ve been “rising” for so long now we must have started somewhere subterranean), or it made L.A. the sole center for Mapplethorpe study. L.A. Times art critic Christopher Knight even wrote up an argument for why the work of Mapplethorpe, an expressly New York artist, belonged in the city of angels. It had to do with L.A.’s early association—dating back to the time of Edward Weston, Tina Modotti, and others—with “straight,” “pure” photography, a legacy Mapplethorpe explicitly fed off of and then “slyly” “queered.” 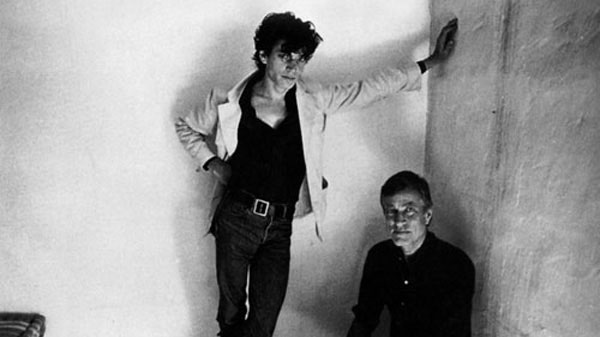 Much of this self-congratulating and provincialism undoubtedly stems from the fact that two local museums jointly acquired the Mapplethorpe archive, making it seem more like a city project than it otherwise would have. If it had just been the Getty Trust that got hold of the artist’s images and writings, there would’ve have been less cause for comment—the Trust acquired the collection of pioneering connoisseur Sam Wagstaff, Mapplethorpe’s long-time companion and on-off lover, years ago. However, what’s more interesting than this new fodder for L.A.-centrism is that two museums would agree so completely that the late photographer, whose work led to a curator’s arrest in 1990, belongs in their archives. Twenty years ago, Mapplethorpe was “obscene” and “perverse”; now, he’s one of a city’s claims to fame. In fact, the controversy he’s caused is part of what the museums deem worthy of preservation, though it’s the memory of controversy and contention that they are acquiring, along with record of exquisite craftsmanship. Does becoming a memory neuter Mapplethorpe’s perversion? In 1926, in “Composition as Explanation,” the always acute thinker Gertrude Stein grappled with this very problem of controversial objects or ideas that become acceptable. “For a very long time,” she wrote, “everybody refuses and then almost without a pause almost everybody accepts. In the history of the refused in the arts and literature the rapidity of the change is always startling.” This startling change had one particularly ominous side-effect for art:

When the acceptance comes, by that acceptance the thing created becomes a classic. It is a rather extraordinary natural phenomena that a thing accepted becomes a classic. And what is the characteristic quality of a classic. The characteristic quality of a classic is that it is beautiful. Now of course it is perfectly true that a more or less first rate work of art is beautiful but the trouble is that when that first rate work of art becomes a classic because it is accepted the only thing that is important from then on to the majority of the acceptors. . .  is that it is so wonderfully beautiful.

Beauty becomes it–the whole story. The edginess, the irreverence, that first pushed an artwork forward as specifically, grippingly of its time gets tossed aside. With Mapplethorpe, this seems like a particularly real threat, because, for him, with his neo-classicism and intuitive virtuosity (a virtuosity he didn’t even mean to have), beauty was so primary from the start. But in looking at him, I’m always pulled back to the refusal implicit in his work–a refusal that once angered early AIDS activist and photography scholar Douglas Crimp, who found Mapplethorpe annoyingly apolitical (he later revised his position). Mapplethorpe’s indulgence in what he finds seductive offers no foregrounding; it doesn’t defend itself.

An image that thrills me each time I see it is the 1984 photograph, Ken Moody and Robert Sherman. The two men, both bald, Ken black, Robert almost frighteningly white, are unnervingly close to each other–sharing body space, sharing an outlook. The closeness feels perfectly right, but also tramples on taboos; they shouldn’t be so close, both because of their difference and their sameness. If we’re able to remember that trampling occurred, even as “Mapplethorpe” becomes a consummate archive owned by a city’s institutions, then we’ll be doing him justice.