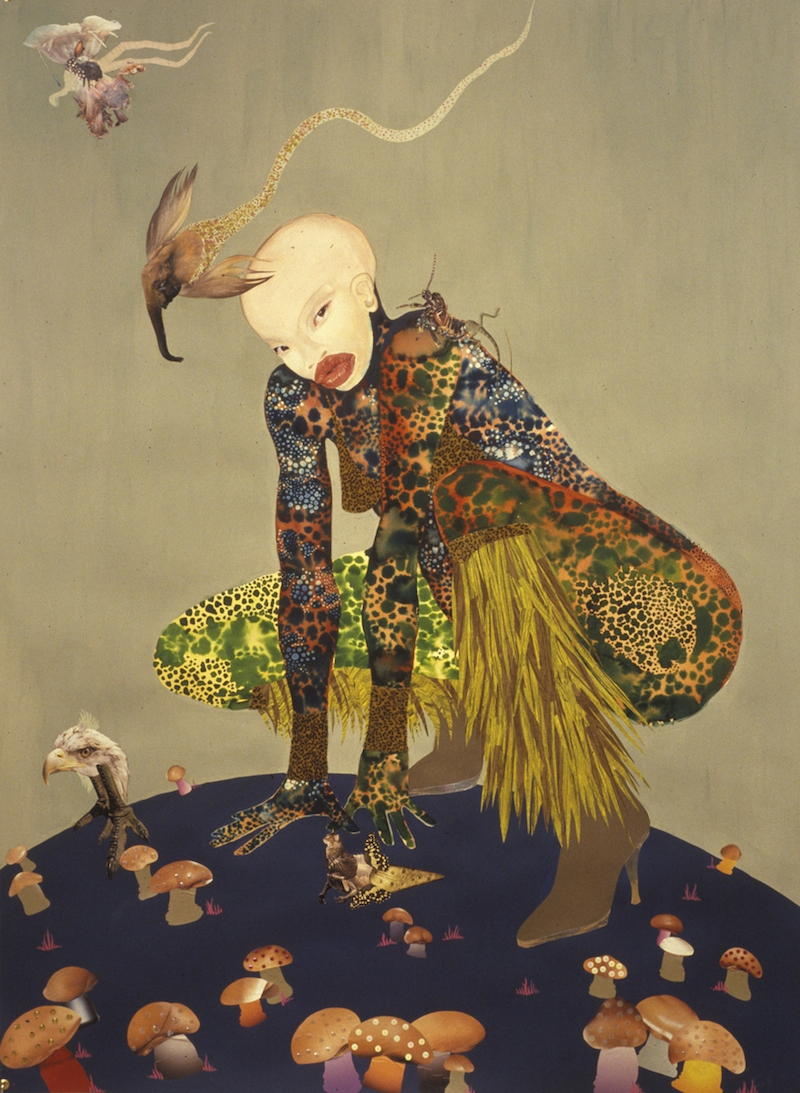 I chose to pursue art without knowing exactly what path it would take. I never said to myself, “I don’t care if I fail,” but rather, “You have no choice but to succeed.” To leave Kenya to study art, while being unable to explain why or to describe what I was going to do, wasn’t considered proper. People in Kenya would ask me, “How are you going to support yourself?” or “Where has this thing you’re doing ever taken anyone you know?” I didn’t have answers to these questions! At the time, I didn’t know of any black female contemporary artists. I didn’t know of any African contemporary artists who had come from Kenya and gone on to do amazing things. I knew there were some painters in Kenya making modest livings, mostly men. As far as anyone was concerned, I was jumping into an abyss of failures. So for me the idea of failure began with being an artist.

One reason I pursued art is because I had witnessed my father’s professional challenges and eventual failures in his early to mid-forties. He proved that he was ill-equipped to run a business, which he had been trying to do for years. His business began falling apart, and we went from looking like we had money to definitely looking like we didn’t have enough money. But he was still pretending that we had it; there was all of this theatricality. I was very critical of him, in my teenage years. I remember thinking that I didn’t want to be his age and trying to go from one career to another, like from businessman to a poet or a tree expert or whatever crazy things he was doing at the time. My grandfather (my mom’s dad) would tell me, “Don’t do what your father did. Whatever you do, just do it really well and work really hard.” I was afraid to become an old person who was all confused, essentially going through my teenage years again with no sense of who I was or how to catch myself. That’s why I was so adamant about trying art early on. I thought if I failed, I’d still have time to try something else. “Let me go and fail” is not something I was privileged enough to say; “Let me go and try this thing out” was how I approached it. Wangechi Mutu, Once upon a time she said, I’m not afraid and her enemies began to fear her The End, 2013; site-specific installation; dimensions variable. Courtesy the Brooklyn Museum

Now, to be fair, my father didn’t have the same opportunities that I did. He was a male child born in pre-independence, colonized Kenya. He had come to the United States on the same scholarships that brought people like Wangari Maathai and President Barack Obama’s father here. My father wasn’t unique, because a lot of Kenyan students came to the United States on scholarship and didn’t quite know what to do afterwards. Idealism didn’t come in the shape of African nations then; there was a different set of cards at that moment. There were fewer opportunities.

I came to the United States feeling like I was boxing in the dark. I got into Parsons School of Design for Social Research, but I didn’t like it because it didn’t match my academic needs and pursuits, and I couldn’t pay the annual $30,000 tuition. A friend sponsored me the first year, but it didn’t change the fact that I would need another $30,000 the following year. So I left Parsons, and my options were to go home with my tail between my legs or stay in New York and figure something out. It felt like I was up against a cliff—until I found out about Cooper Union. I couldn’t believe there was a school available to me that was tuition-free. But the problem there was that they didn’t take transfer students unless someone dropped out and a space opened up. But it was the only thing I could apply for, so I stayed up nights and days and worked my ass off on the home test and application. I got in. Since then I’ve done most things singularly; I focus on the one thing I want to do. If I can learn through failure, I will. But I’m going to do everything I can to succeed because I have the opportunity to succeed. In a sense, failure is a tail that’s chasing me. I’m running away from it, but it’s attached to me. It helps me project myself forward. It keeps me from looking backwards too much. At the same time, my work has grown bigger and moved further than I thought it would because I make mistakes along the way. For example, I’ve been making collages for years, but something will happen in the process of making a new body of work, and it will seem to ruin a piece. Sometimes it’s from over-flowing ink or over-spraying a section, basically doing something I didn’t mean to do, that forces me to look for a new trajectory, a new solution. I really do believe that embedded in a mistake is the next new idea, which is to me a metaphor for life and for death. That thing that kills a piece will grant life to another body of work. And the longer you live, the closer you come to dying, and the more you have to keep generating new ideas and new reasons to be here, to be useful, to be important, to be a living being.

Wangechi Mutu: A Fantastic Journey is on view at the Brooklyn Museum through March 9, 2014.