Beauty Is in the Streets Walking the city streets offers the unexpected. I find interesting things, mostly garbage, some of it recently thrown away. My discoveries come in two parts: first, the reaction of surprise, disgust, or delight; second, the impulse to photograph things before they disappear. This disappearance can happen at any moment—today, tomorrow, next week, or as I’m taking the picture. A man with work gloves hauls my discovery away in a truck. The wind blows it down the street. A tourist comes and stands on it. Objects, buildings, and people constantly crumble, to be replaced by something else. We don’t see it happening. We are shocked by change, especially after it happens. A rusted fence is painted red. The park fountain has been demolished and rebuilt so it lines up with an arch. The guy standing in front of the bodega, day after day for years, his pockets full of loosies: one day we wake up and he’s gone, and so is the bodega.

The tall building on the corner cancels out memory. The shadow of the oligarch blots out the sun. I don’t remember the first time I reveled at a crushed can, ground-up glass underfoot, empty lots with clothing left soaking on the curb, the smear of a wrong color. Photographing these things is an artful enterprise, but is it pulled along by the same impulse that drives what happens in the studio? Maybe it’s more about bearing witness: a Pyrrhic gesture toward preserving a record of objects no one cares about anymore.

The objects exude melancholy but only at first. They’ve stepped outside the fray, beyond the grinding pressure of utility. All mute presence, they are free to become something else—or nothing at all. 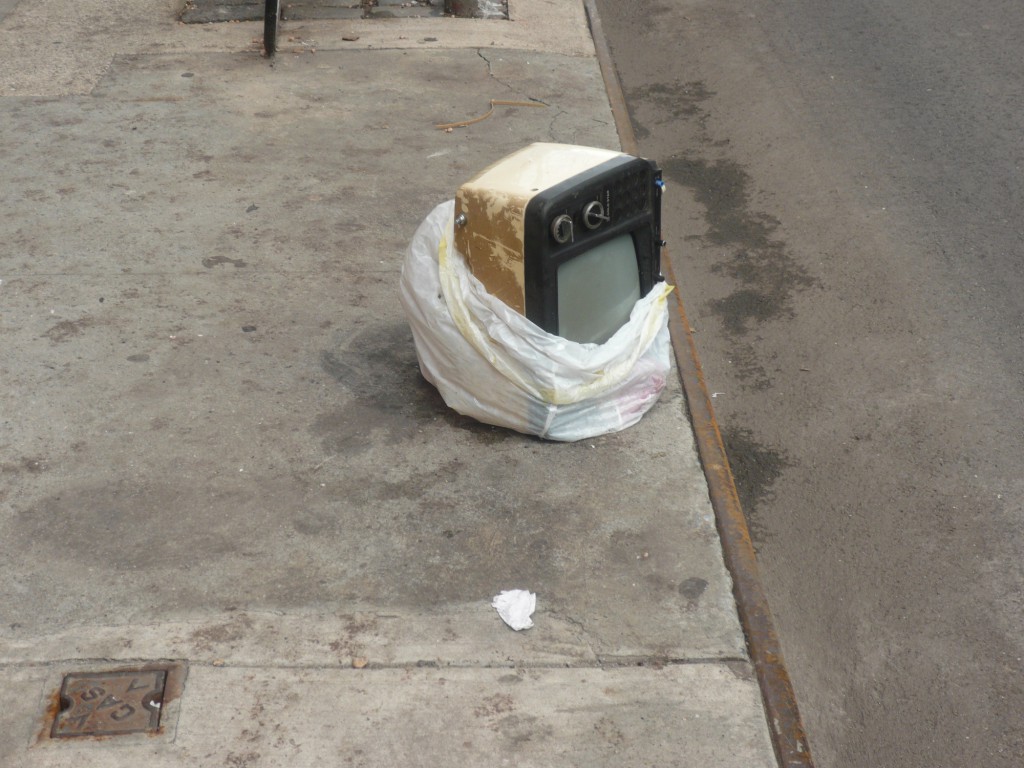