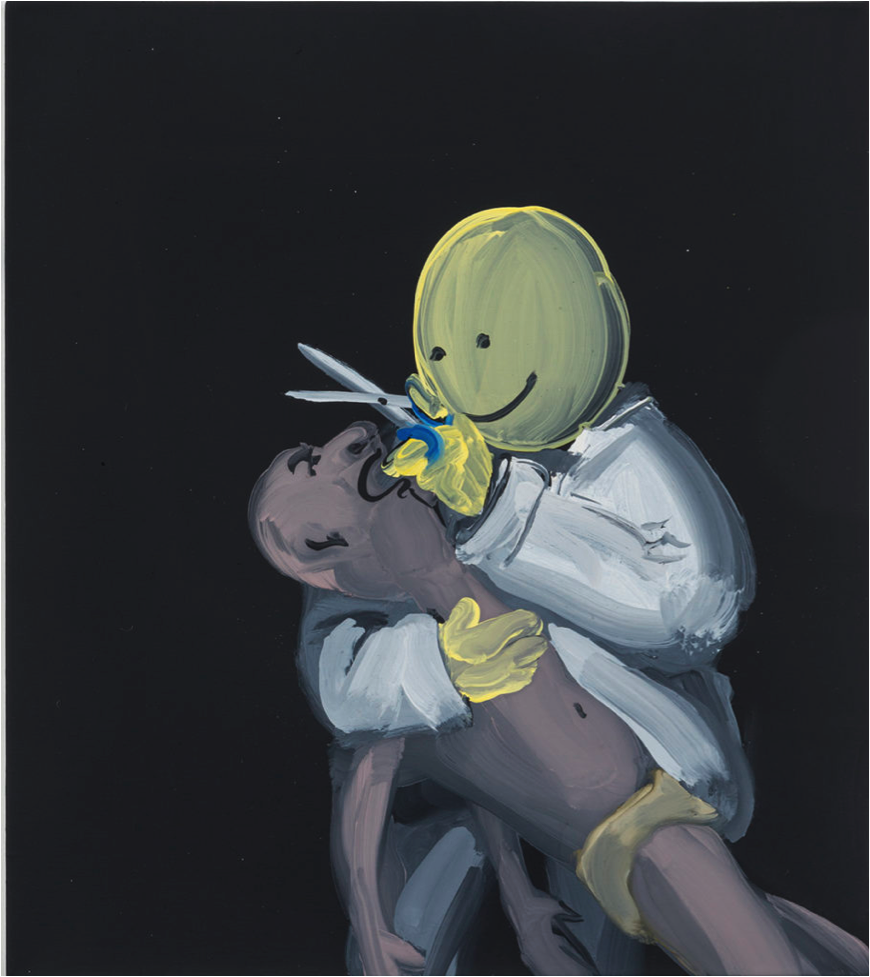 “I’m so sick of people shaming women for being sensitive or vulnerable. It’s so bizarre to me.”
—Winona Ryder, in a recent New York Magazine interview

Emotional vulnerability is often characterized as a female trait, one that positions women as, at best, diminutive and dependent, and at worst, neurotic and unhinged. From Freud classifying hysteria as a “women’s disorder” to Donald Drumpf classifying Megyn Kelly as “crazy,” women are advised to keep their emotions in check. In the rare instances when vulnerability is encouraged, it’s often only motivated by desires solely focused on improving our relationships with the opposite sex. Google “vulnerability” and “female” and you’re confronted with headlines ready to offer helpful inspiration: “Being vulnerable and increasing the attraction,” “The more vulnerable you look, the more men find you attractive,” “Why women should embrace their softer side.”

Thankfully, there are artists ready to offer a different form of inspiration. These women show us that being emotional isn’t synonymous with being weak and that vulnerability doesn’t need external justification, but is a strength in and of itself.

So in that spirit, here is a selection of quotes and work from women artists featured on ART21 who find power in exposing the parts we’re told to keep hidden.

“Direct address has been a consistent tactic in my work, regardless of the medium that I’m working in.” —Barbara Kruger “When I first started putting out these images, especially the ones including text, some people were uncomfortable: I was hitting too close to some of their experiences, feelings. The drawings were about situations that people don’t talk about. They were very private, personal thoughts, and in art, one just didn’t do that.” —Ida Applebroog

“When everything is going well and I’m completely involved in it, I couldn’t tell you what I’m thinking about. If I get stuck in something, it’s frustration, anger. Or, it’s like stream of consciousness, the chatter, chatter, chatter of the mind.” —Elizabeth Murray “Your power is yours to take. You have to feel, first of all, that you’re powerful. If you don’t have this feeling, then they will walk all over you.” —Marina Abramović “Sometimes there’s bursts of laughter and I always see that as a good sign…There’s this intensity of whatever is coming up…it’s quite interesting to read when that comes up and I try to create occasions so that can come up in the work, for myself.” —Tala Madani

“I wanted to work with the tradition of self-portraiture but also with the classical bust…I had the idea that I would make a replica of myself in chocolate and in soap, and I would feed myself with my self, and wash myself with my self. Both the licking and the bathing are quite gentle and loving acts, but what’s interesting is that I’m slowly erasing myself through the process. So for me it’s about that conflict, that love/hate relationship we have with our physical appearance, and the problem I have with looking in the mirror and thinking, ‘Is that who I am?” —Janine Antoni “A cri du coeur is a cry of the heart, something of intense emotion, almost like praying or pleading with heaven.” —Nancy Spero “The subject of pain is the business I am in. To give meaning and shape to frustration and suffering … The Cells represent different types of pain: the physical, the emotional and psychological, and the mental and intellectual. When does the emotional become physical? When does the physical become emotional: It’s a circle going around and around. Pain can begin at any point and turn in any direction.” —Louise Bourgeois “At this time in my life, I’m ready to accept or own a kind of romance and melancholy or melodrama that I wasn’t ready to reveal before. It was always there in my inner life as an artist, but I was too afraid to share it.” —Laurie Simmons “Sometimes you sacrifice too much. You find yourself out on a limb and not knowing really quite how to get back down the tree. But it’s the space that you’re in because you have taken the risk.” —Carrie Mae Weems “I believe there need to be women visual in our every day landscape, working hard and doing their own thing, whether you like it or not, whether it’s acceptable or not.”
—Margaret Kilgallen And to take us home, a song from Beyonce’s Lemonade—the vulnerability power album of the summer: