We’re gearing up for a big summer here at Art21. We’ll be bringing on a new group of artists for our digital series New York Close Up, we’ll soon be announcing the latest cohort of Art21 Educators for the program’s seventh year, and we’ll be releasing ten new films.

And in recent milestones, the Art21 Magazine brought on its first Educator-in-Residence, and dozens of you participated in our first fundraising campaign to offer an exclusive sneak peek of the upcoming film featured above—thank you!

Art21 is thrilled to have found a community of people all over the world who care deeply about sharing the processes behind contemporary art. Just like artist Jessica Stockholder who said, “I’m involved in this process of making things because it matters,” we’ll continue to shed light on the creative process through film because it matters to you. Expanding the Role of the Artist

In a previously unpublished interview, artist Theaster Gates shares what he sees are the possibilities for artists to go beyond the making of objects, to actively contribute to and better their communities.

“I’m still wrestling with the relationship between the symbolic work that ends up on a wall and the pragmatic work that kind of changes lives,” says the artist. “I’m actually excited about this idea that a work could at the same time…be the demonstration of a thing, and be part of the solution of the problem that it’s referencing.”

“My practice is both collage and décollage at the same time,” says the artist. “Décollage: I take it away. And then collage: I immediately add it right back.” 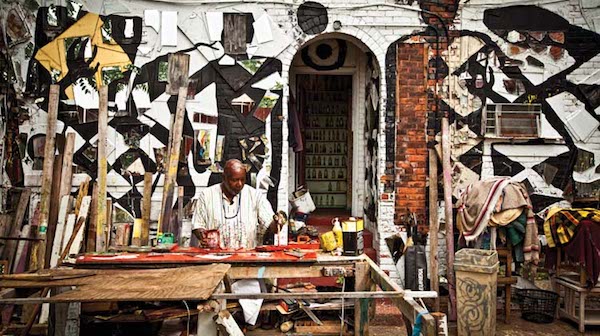 The work of contemporary artists often goes beyond the creation of physical objects, and instead urgently and directly engages with the social and political landscape.

This playlist includes 9 films and features artists like Tania Bruguera and Thomas Hirschhorn, who bring their practice to the public to advocate on behalf a more fair, diverse, and inclusive world.

To get these roundups in your email inbox, sign up to receive the Art21 News monthly newsletter.