Highway to the Sun: Truth and Fiction in Maureen Drennan’s Photography In Montana, the Going-to-the-Sun Road traverses Glacier National Park along hairpin turns, where mountain goats live, and crosses the Continental Divide at Logan Pass. Titled after this road, the series Highway to the Sun by the New York City–based photographer Maureen Drennan is a metaphor for an epic journey: In the summer of 1951, four friends departed from Hanover, New Hampshire, on a five-thousand-mile trip to Alaska, passing through Glacier National Park and countless other notable places. They kept a travel log and took photos of the sites they saw. One of the young men on this road trip was Drennan’s stepfather. While she was growing up, his coming-of-age tale was recounted to the point of becoming a myth.

Drennan described how she imagined these four friends “moving toward an endlessly bright future.”1 Working with an archive of photos and written descriptions, Drennan began to recreate images from the expedition, using a medium-format film camera. Initially her photographs were too illustrative, so Drennan changed her strategy. She envisioned herself on a parallel journey with an uncertain ending. In the resulting work, the places and people in the photos are not literal representations of characters or locations in the travel log; Drennan was more interested in blending the past and present. The images depict her understanding of the trip as a journey of exploration and invention. She envisioned herself on a parallel journey with an uncertain ending

On the road, the four men took turns contributing to the log, which varies in tone from factual to poetic. One writer diligently states the mileage and location in the text, and another describes at length a comely waitress. Drennan noted that more than one person asked to join the road trip. The four friends remained unaccompanied by others, yet Drennan believes the strangers’ enthusiasm reveals the idea of the road trip as part of the zeitgeist. Six years after this journey, in 1957, Jack Kerouac’s novel On the Road was published. Being on the open road—as Kerouac, his characters, and Drennan’s stepfather were—continues to inspire similar journeys now accepted as quintessentially American. 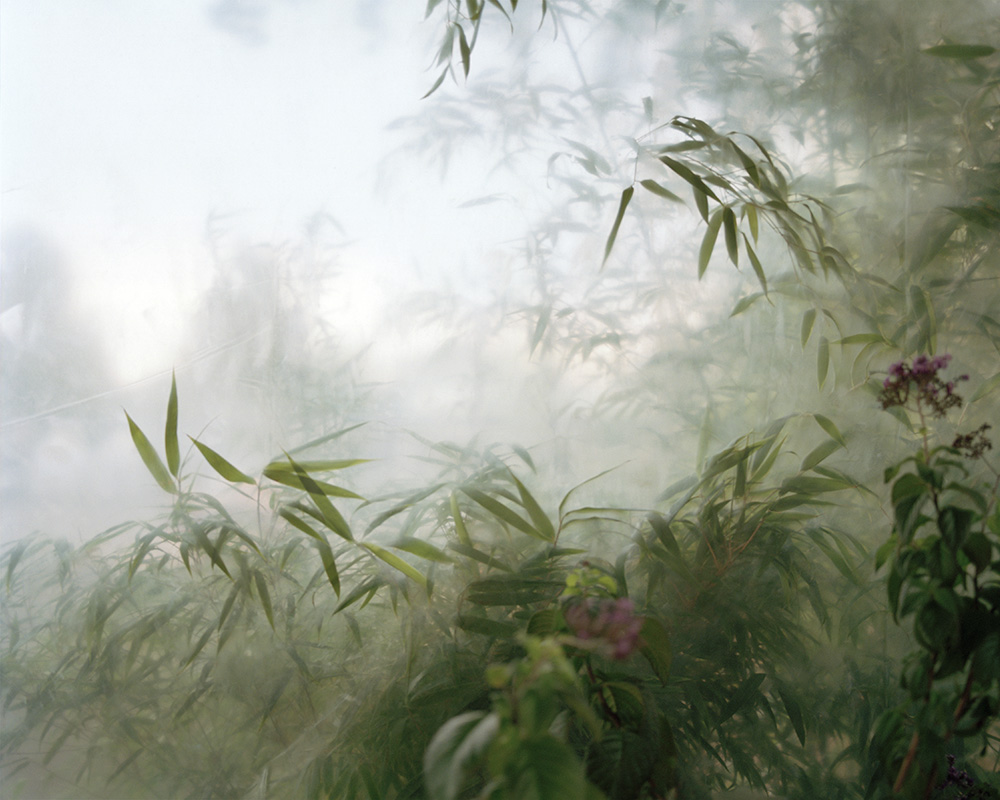 Reading the travel log was the starting point for this ongoing series, and as Drennan develops new work, she often turns to writing, especially fiction, even for bodies of work that are more documentary in nature than Highway to the Sun. For example, for the series Meet Me in the Green Glen, Drennan followed Ben, a reclusive pot farmer in California, over six years as local regulations and broader public reception of marijuana shifted. Ben’s relationship to the land inspired Drennan to revisit the short stories of the Southern Gothic writer, Flannery O’Connor. In many of O’Connor’s stories, according to Drennan, the landscape is often as prominent as the characters. In the center of Drennan’s photo titled Garden, towering bushes of marijuana flank an empty white plastic chair. Her photos show that Ben, even through his absence, is tied to the landscape; he depends on it for his livelihood, and his work on the land—the loneliness and strenuousness of the labor—forms the cornerstone of his being. “I don’t completely invent [stories], but the work is highly subjective,” Drennan told me. Another recent series, Broad Channel, focuses on the titular small neighborhood that occupies part of a small island in Jamaica Bay, in the borough of Queens in New York City, which Drennan spied from an elevated-train window in 2012. She later returned to walk around the neighborhood, meeting its residents and asking permission to take photos of people such as Margaret, a middle-aged woman with a tattoo of an eyeball on her upper back. Hurricane Sandy hit Broad Channel in October of that year, and Drennan’s photographs from her continued visits to the neighborhood evoke both devastation and resilience, but she stressed that her objective as an artist strays from journalism.

Documentary photography chronicles specific events, things, or people, with a focus on relevant and factual contexts. Drennan wants her work to straddle documentary as well as more creative forms of photography. She said, “I would love for a person to look at one of my photos and be reminded of something else.” Drennan’s stepfather, who turned 87 this year, sees her photos from the Highway to the Sun series and thinks back to his trip that occurred more than half a century ago. While Drennan worked on this series, she began to understand her stepfather differently. Other projects have similarly enabled Drennan to deepen her relationships with different people and places. Focusing on such subjects as a lonely farmer or a secluded neighborhood, Drennan’s camera allows viewers to come to know and sense the familiar in far-flung strangers and environments. Drennan’s photography is included Portals, a group show at Transmitter Gallery in Brooklyn, on view August 4 through September 10, 2017.

1. All of Drennan’s quotes are from a phone conversation with the author, July 3, 2017.