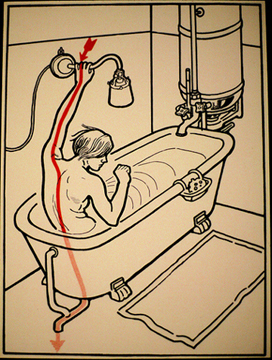 Since we’re talking “shock” here at Art21, I decided to plug the word into Flickr to see what it’d turn up. It was a jackpot. I discovered a set of graphic designs from a 1932 German book that featured dozens of renderings of ways in which you can die (or get seriously hurt) by electric shock. It’s freaky.

The set of images, dutifully photographed by mechanical wiz Bre Pettis during a trip to the Technisches Museum in Vienna, are irresistible. They come from Electroschutz in 132 Bildern, a pre-War tome about which I know next to nothing, and whose exact purpose eludes me. But the drawings rock (or is it shock?)—stark Raymond Pettibon-meets-Los. Bros.-Hernandez-meets Alfred Kubin-style imagery that just drips with the anticipation of something big. The red arrows over the black-and-white figures beckon clinically, like instructions: Grab lamp with frayed wiring. Put foot in tub. Electrocute. Simple, yet absurd. And totally macabre and grody.

Here’s a round-up of my 10 favorite shocking images from the set. Do not try this at home. 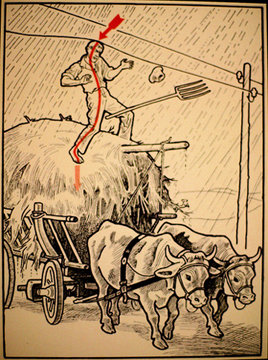 An idyllic country scene thrown seriously awry. By the very phallic angle of that pitch fork. 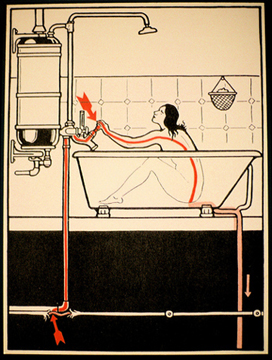 Like the poster for a yet-to-be-made horror movie. Drain Demons IV: The Return. 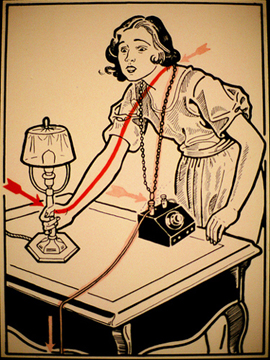 “Then one day, the appliances turned on her.” 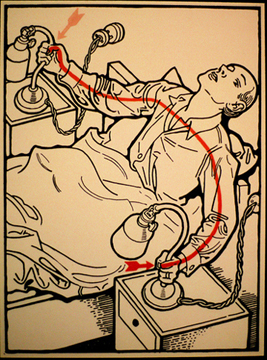 If you try this , make sure you’re not a Tory wearing lingerie. 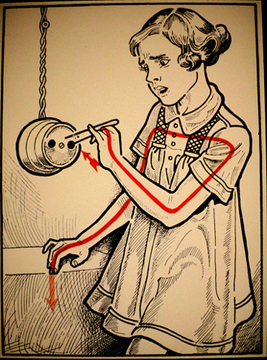 I did this as a kid once. Not pretty. 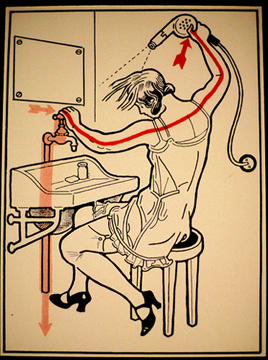 Electrocution met with a dancer’s grace. Who says graphic design can’t be inspiring? 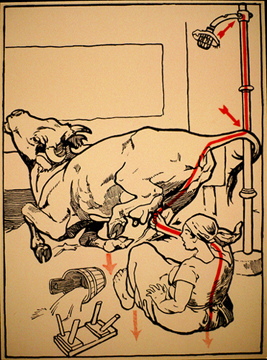 Death by cow teat. Like a surreal Dutch painting. 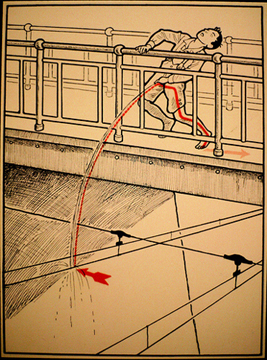 Take away the context and this scene looks like something outta Neo Rauch. A downright operatic death-by-urination. 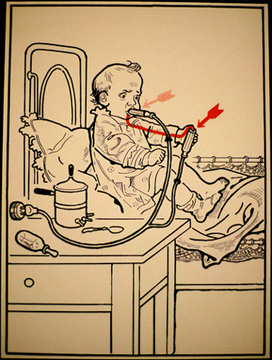 Oh god. I hate it when this happens.