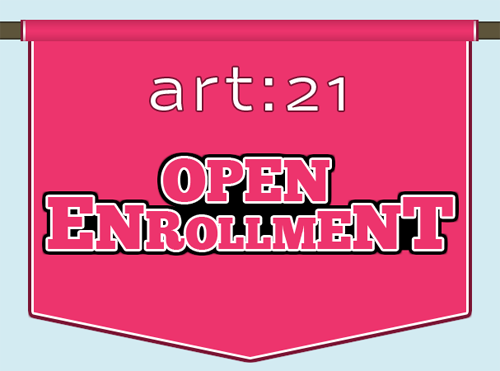 I left California almost four months ago and hopped a direct flight back to Boston, fully intending to be a jobless degenerate for at least a month before the melee of my summer job began – for I was doing the thing I said I wasn’t going to do – I was going back to summer camp directing. It should be noted that this is completely okay and justifiable in my line of 501c3 management work, however, since not many people wish to hear about a local artist who told us to pit-fire our pinch pots 642,000 times, the multiple costumes I made from office supplies and spray paint, or, just exactly how many times I listened to Call Me Maybe in the 15-passenger camp van, I’ll spare you and talk about awesome art things instead.

Seriously though, how great is my Sexy Sax Man costume for YouTube theme-dinner? © Perri VanderClock.

LAST SEMESTER, SO GOOD; I ended up being part of a collective for a transdisciplinary course called The History & Theory of the Museum. The title alone is problematic in terms of potential, but I ended up enjoying this course more than I could have ever imagined, and it completely rekindled my love for exhibition planning and production. It also made me realize how starved institutional space is for creative, collaborative, fun, works of art.

For our final, the professor divided the class into randomized groups, and we were set to work on the task of designing some type of exhibition or show for some type of building or space, that took into consideration all the issues we discussed  over the course of the entire semester. Broad, right? While most groups chose to virtually represent their institution/show/exhibit, my collective decided to produce a physical gallery show right in the center of the most unlikely place on campus — a study room in the middle of the business school.

We called this show Outside:In, and spent our time curating all sorts of interesting, wonderful work, mounting wall texts, and following a street artist around LA for a documentary.

We presented the show to our class on the last day, let their mouths hang open for a little bit, allowed our peers (and professor) to ingest the visual imagery, then told them everything they just experienced was a lie.

Outside:In is actually a show within a show. Unbeknownst to the viewer, it is a carefully orchestrated performance piece addressing the concept of Parafiction and “idea as truth.” The foundation of Parafiction is that if it (anything) is plausible, then it is true. Although Carrie Lambert-Beatty, the premiere expert in the academic realm of Parafiction, writes that Paraficitonal art does not seek to make a point of its similarity to past performance art and institutional critique. Rather it emphasizes “the trend in contemporary art of the last decade, which raises the stakes of the aesthetic process of criticism and its legibility.” Most artists of our generation are working outside the lines of decipherment; in fact most audiences feel that they are deficient in the tools necessary to read contemporary artwork. So how can one criticize something that feels foreign? Instead we rely on opinions and/or institutions we have grown to trust.

Our Collective became the institution, and through fabricated stories super-imposed on real works of contemporary art, we gave the audience the narrative we wanted them to have. The plausibility of this all was never in question, because we were trusted–we were in the know.

In order to fictionalize each piece, we had to subtract any identity of the artist and context of the work that we intrinsically associated with individual pieces. The art comes from real contemporary practitioners, the names, albeit not their own, were changed to reflect real people living in this world. Their stories and concepts rely on truisms and researched historical facts. These people, artworks, and stories could exist together on one parallel plane, but they do not. Instead, different ideas were curated and intermixed, blending together “true-truth,” “para-truth,” and flat-out fiction to tell a specific story of how museum patrons and visual consumers think of art within the context created by the proprietors of the institution.

Rather, it is the art of the deception – the audience’s acceptance of the story as factual and culturally significant – that makes this art encounter important. If (what we deemed as) the supposed “cultural facilitators” or “tastemakers” dictate what art is considered good, and who the next great artist is, then are we as viewers, and as the greater public allowed to have a say in these decisions? As the greater public, are these works of art easy to understand? Or are these works created for the elite by the elite? These were the questions that were addressed prior to creating a Parafiction show. Outside:In humbles, if not humiliates, the participant the moment he or she becomes conscious of the duplicity.

Artist Thomas Hirschhorn once said, “the art audience is the worst audience in the world. It’s overly educated, it’s conservative, it’s out to criticize, not to understand and it never has any fun.” He claims that he prefers to work with the street audience because they don’t play games and they have nothing to lose. What, if anything, does our audience have to lose besides the social conditioning they have gleaned from academia and their desire to fit in within institutional spaces? Can we persuade them to leave their desire to categorize and narrate behind,  and just look?

We left carrots all over the room.

So on an ending note, as summer turns into fall and the evenings elongate, I took some time to revamp my resume, and it was a good chance to reflect on all that has happened in the past year. Like, remember when I had no experience at all, but somehow ended up interning for a pretty well-established contemporary artist? Remember when I made that website about community engagement and the Getty’s Pacific Standard Time? Remember when I turned a nice afternoon of exploring local culture into an opportunity to convince a board of directors that they should create this new position within their organization and pay me for it? Remember that Parafiction?

It is impressive what the creative mind can do.

With the rest of my half-month off I plan to do what any good artist/educator/manager should do, and that is soak up some culture! I took my passport for a spin and headed to Montreal, QC last week – so much great public art. Next week I’m off for some marvelous day trips to MASS MoCA (Sanford Biggers, Sol Lewitt, Michael Oatman), ICA Boston (Josiah McElheny, Dianna Molzan),  the Linde Family Wing at the MFA (Ellsworth Kelly, Ann Carlson and Mary Ellen Strom), and the deCordova Sculpture Park and Museum (Dan Graham, Ken Landauer, Ron Rudnicki). Hopefully I’ll be able to be my own tastemaker and throw away all my institutional baggage and enjoy the work for what it is and simply just look, and let that be enough.

Me in the Jardin botanique de Montréal. © Perri VanderClock.